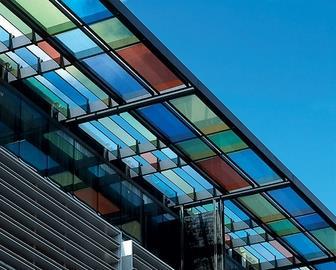 Some of the government’s newest buildings are among the least energy-efficient.

These shortcomings have been exposed by the introduction on October 1 of legislation requiring all public buildings over 1000m2 to display a certificate showing their energy efficiency.

Rather like the performance ratings on fridges, display energy certificate (DECs) rate a building’s energy efficiency on a sliding scale from A to G, with A the most energy efficient and G the worst.

The Home Office’s building at 2 Marsham Street, completed in 2005, only managed an F-grade operational rating. Parliament’s new office building, Portcullis House, completed in 2002 was awarded a G – the lowest possible.

Other government buildings are taking advantage of a get-out that provides a three-month window before the occupiers face a fine. No DEC certificate was on display in the Crown Prosecution’s head office at 50 Ludgate Hill, London. A spokesperson for the service said the office was still waiting to be assessed “because there is a shortage of assessors”. She added: “The deadline for DECs has been extended so we’re aiming for a 4 January 2009 deadline”.

It was a similar story for the Welsh Assembly building. “We haven’t got a DEC. There is a delay in the accreditation team still being trained or recruited, whatever,” said its spokesperson.

The Department of Communities and Local Government’s Eland House has been open for 10 years, yet it only managed an F despite reducing its gas use by 37% and electricity use by 22% last year. The department is using the advisory report provided with the DEC to develop an energy efficiency action plan to improve its rating.

A spokesperson said: “Our rating at Eland House tells us we must clearly do better to make a difference to our energy performance.”

Some of the carbon reduction measures planned include improved air-conditioning, introduction of automated meter readings and voltage optimisation.

The spokesperson added: “These types of activity should take Eland House up to an E rating and towards a target D operation rating.”