In the ninth part of our series on new technology and the law, Ben Wilkins considers how more contracts based on collaborative working can help drive the use of new technology 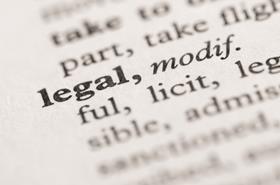 In 2017, management consultant McKinsey proclaimed the construction sector was “stuck in a time warp” and “one of the least digitised sectors in the world”. Recent trends indicate change is finally on the way – and new contract forms focused on partnership and collaborative working may help facilitate this change.

Published almost 25 years ago, Sir Michael Latham’s seminal Constructing the Team report set out numerous recommendations for how parties in our industry could move away from an adversarial system to adopt a more collaborative approach. The Latham report provided the impetus for a number of important reforms, such as the introduction of the Construction Act in 1996.

Nevertheless, fostering a truly collaborative culture in which all parties are both willing and able to monitor progress accurately and troubleshoot problems with the wider team at an early stage is no easy task. If managed effectively, digital technologies for co-ordinating and integrating different parties can help facilitate collaborative working.

Nearly 90% of respondents to RIBA’s Construction Technology Report in 2019 said they believed “digitisation will transform the way they work”.

This is likely to take a number of forms, including the use of a single integrated digital source of all project information through the application of more advanced levels of building information modelling (BIM).

The Latham report also highlighted back in 1994 the impact that virtual reality was already having in industries such as aerospace and noted “paying a higher fee to the designers for such information will be repaid many times over if it ensures a well-planned project which meets the client’s aspirations”.

The development and adoption of virtual or augmented reality in the construction industry will not only allow designers to see their creations come to life but also allow all parties, including the end user, the opportunity to spot problems and develop improvements before work starts on site. It can also assist with developing components through modular construction or 3D printing, and even facilitate the use of autonomous robotics. This should reduce cost and speed up delivery.

Early contractor involvement can make a significant difference to the adoption of new technologies on a project. Contractors are often aware of the new technologies available in the market and can help ensure these are considered at an early stage for the maximum benefit to the project. The JCT has published a pre-construction services agreement and the NEC4 standard contract incorporates early contractor involvement provisions in Option X22.

The Latham report also provided the impetus for development of the ACA’s PPC2000, the first standard-form multi-party partnering contract intended to cover the entire procurement process.

The risk allocations in these partnering contracts are often different from more traditional forms of construction contract. For example, in the NEC4 Alliance Contract payments, rewards and deductions are assessed on the performance of the project as a whole, not the individual parties. All members of the alliance are paid on a cost-plus basis. In addition, there is a pain share/gain share mechanism that applies to all alliance members in respect of the budget for the whole project (including the client’s costs).

The risk-sharing nature of partnering contracts provides a real financial incentive for parties to introduce new technologies, as they will benefit from an overall reduction in the project cost.

However, take-up of formal partnering or alliance contracts has thus far been low. This may be partly due to the construction industry’s reluctance to move away from what it knows and change its risk profiles, particularly with regard to sharing liability with other members of the construction team.

Nevertheless, there are signs that this may change, for example the ICE has reported that the NEC4 Alliance Contract has already been adopted by the likes of Yorkshire Water.

The construction industry may finally be embracing the benefits of digital technologies to improve productivity, though ultimately such developments will still rely on good management to be used effectively. Early contractor involvement and greater use of contracts that incentivise collaboration could help to expedite the change needed.

Ben Wilkins is an associate in the construction, engineering and projects team at Charles Russell Speechlys