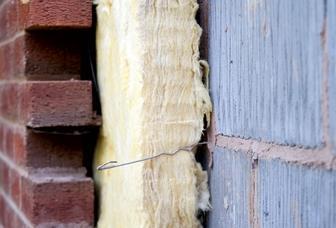 Carbon emission levels permitted for new buildings will be cut by 25% next year. This is the headline change to Part L of the Building Regulations according to Paul DeCort, leader of the government team drafting the amendments. For the industry, however, the big news is not just the target but the fine print aimed at dealing with the failings and loopholes of Part L.

After the radical overall of the regulations three years ago it quickly became apparent that some aspects weren’t working. For example, it was relatively easy to get an air-conditioned building to comply with Part L in contrast with a naturally ventilated scheme.

The government also wants to speed up progress on reducing the building stock’s energy demand to ensure its emissions targets are met and to deal with security of supply and the delay in bringing new nuclear generation online.

DeCort emphasised the importance of upping the ante when he unveiled the proposed changes at the CIBSE national conference in London. “Raising Building Regulation standards is the key to tackling UK emissions,” he said.

The government’s ambition is for all new non-domestic buildings to be net zero carbon by 2019, DeCort said. This will be done through phased steps in energy efficiency, similar to those already in place for dwellings (see below). The Part L changes will require a 25% reduction in carbon emissions in 2010 and another reduction in 2013. DeCort was unable to say by how much at this stage.

The 25% target is significant because it will be an aggregate for all new non-domestic buildings – some buildings will be allowed to achieve less than 25% while others will be expected to exceed the target.

Steve Irving of consultant AECOM, who drafted the changes, used an example of two types of air-conditioned building to explain how the method would work. In offices, energy demand is dominated by lighting and cooling loads which, he said, “can be significantly improved cost-effectively”. In contrast, hotels’ energy demand is dominated by heating and hot water, which Irving said are “quite difficult to improve without significant costs”.

Irving has developed a series of cost-benefit curves which will be incorporated into a notional building model to determine the relative cost-effectiveness of improving the energy efficiency of different building elements. So, for example, a building with an energy demand dominated by hot water, such as a hotel, may only need to reduce its CO2 emissions by 15% over 2006 levels, but an office dominated by cooling loads may need to reduce its emissions by up to 30%.

One of the problems with Part L is its focus is on emissions rather than energy efficiency, so the government plans to introduce a fuel-based target emission rate (TER). Under the current regulations, a house with gas heating can comply with the TER. If a biomass system is used instead of gas, its carbon emissions would be about 30% less. However, the biomass system is less efficient and uses about 50% more energy than gas. The fuel-based TER will drive down the emissions target for the biomass heated house so that the energy it uses is at an appropriate level.

There will be some dispensation for rural communities not on the gas grid; the notional building will be assumed to be heated by LPG or oil. Emissions from electric heating systems will be capped at the same level as fuel-oil heating.

A notional building model will used to prove compliance. Underpinning the proposal is a new set of emission factors based on an analysis of carbon levels and climate change impact of different fuels, but this will be part of a separate consultation.

The Code for Sustainable Homes had already set the target of net zero carbon emissions by 2016 for all new domestic buildings, so the Part L amendments are geared towards ensuring the target is met. The proposal for 2010 is for a saving of 25% in CO2 emissions per year compared with 2006 levels.

As with non-domestic buildings, the 2010 target is a 25% aggregate in energy efficiency. Three years later there will be a further 25% reduction in emissions. “We have a fixed timetable for new homes – that is not up for grabs,” DeCort said.

There will, however, be changes to the way the energy efficiency of homes is calculated: the standard assessment procedure (SAP) will move from an annual energy calculation to a monthly one, to improve the accuracy of the figure.

Buildings are not performing as designed, so many of the changes are intended to tackle this flaw. “Part L is the brief rather than the actual performance,” Irving said.

To help building control officers enforce the regulations, the revisions call for all design-stage submissions to be accompanied by a copy of the design specification. It is almost impossible for a BCO to check a wall’s U-value, but armed with a copy of the specification, it will be easy to check if it has the correct thickness of insulation, for example.

Designers will also have to submit a commissioning plan at the start of a project, to increase the emphasis on commissioning to ensure systems perform as intended. The government wants designers to use compliance software to list the key features that enable a building to meet its energy performance target. The checklist should make it relatively easy for BCOs to ensure these elements are in place.

The government is proposing an accredited construction detail scheme to ensure buildings use tried and tested details in an attempt to eliminate the effect of thermal bridging, for example, as buildings become increasingly insulated. To enable innovation there will also be an unaccredited detail route – but designers taking this option will still have to use an accredited calculation procedure and, because the detail is untested, will be penalised by the addition of a 25% margin to the energy loss value. Those who want to avoid even the accredited calculation option will have to use generic values for construction elements and then add a huge 50% margin to their energy loss value.

“We’ll ramp up the standards where we can for existing buildings,” DeCort told the conference. One proposal is to remove the 1000m2 threshold for consequential improvements so that any addition to a building will require energy efficiency works to the existing property. There is also a proposal for conservatories to be included in the regulations, so they would have to satisfy the same thermal criteria as other construction elements.

Finally, an important change for new buildings is the proposal to limit heat gains. The aim is to avoid excessive solar gain for both air-conditioned and naturally ventilated buildings to prevent overheating in summer.

The draft 2010 regulations await approval from ministers at the Department for Communities and Local Government. DeCort said the government would like them to come into effect in April 2010, but if this slot is missed, the date will be October 2010 – giving the industry another six months to prepare for the challenge ahead.