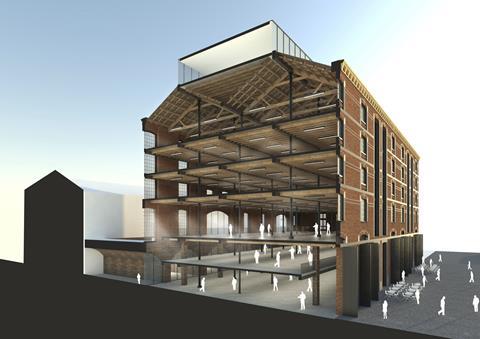 Developer Allied London has picked Ian Simpson Architects as its lead masterplanner for the redevelopment of the former Granada Studios site on the edge of Manchester city centre.

The practice will create a scheme that retains some of the existing structures, such as the Bonded Warehouse and studios building, but also introduce a handful of new towers to the 5ha site off Quay Street.

Buckley Gray Yeoman has been appointed to complete the refurbishment of the 12,000sq m building which will include adding a storey and reactivating under-used arches at the rear of the site.

Set to be named St John’s Quarter, the scheme will include a mix of residential, leisure, retail and business space.

AlliedLondon chief executive officer Mike Ingall said the development was “a once in a lifetime opportunity” create a new neighbourhood on a site that had been largely closed to the public for several decades.

The developer said it was hoping to submit its plans to Manchester City Council for consideration by the end of next month.

Ian Simpson Architects was one of 10 practices whose proposals for the site were aired at a consultation event earlier this year.

The project is due to complete in spring 2016. 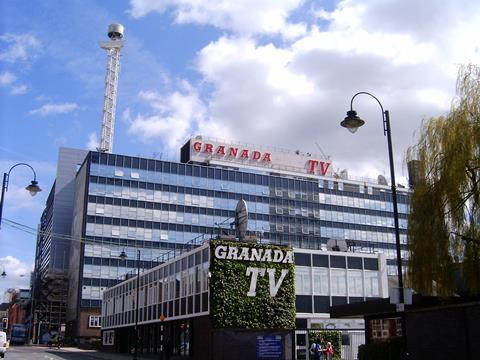 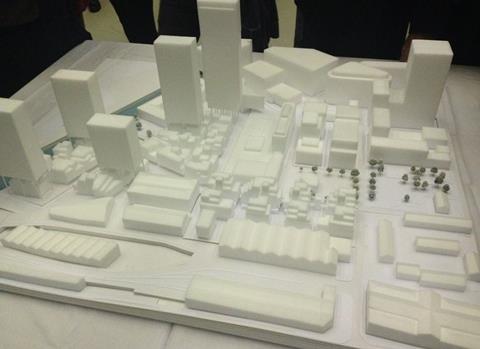 Model of preliminary design for the redevelopment of Manchester’s former Granada Studios site. 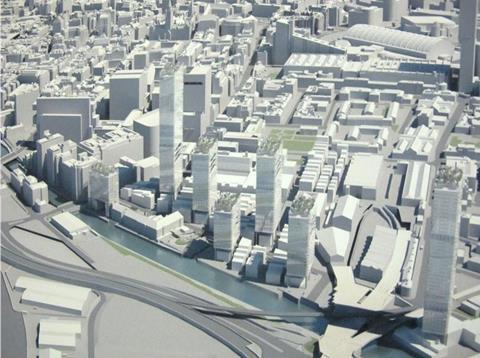