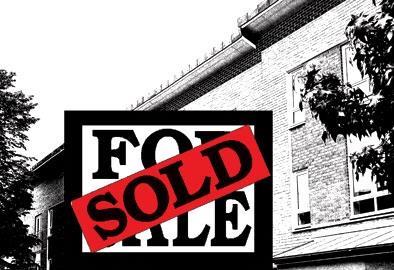 In an increasingly jittery market, £100m may seem a lot to shell out for a construction company.

The company was sold hours ahead of changes to capital gains tax laws on 6 April, which meant the owners escaped an 18% charge on the proceeds.

HBOS, which funded a £42m management buyout of Bullock in September 2005, didn’t do too badly either. If the price was, as some people claim, closer to £120m, it trebled its money in under three years.

Although deals have been shelved elsewhere, it is evidently not such an uncertain time in social housing. HBOS still has stakes in four social housing contractors (see box, right) and says it is “positive about the prospects for the sector”.

Indeed, social housing’s popularity in private equity circles matches that of oil, gas, renewables, metals and minerals, helped by the £44.2bn Decent Homes programme and the target of 70,000 new social housing units a year by 2011.

Jan Crosby, head of construction mergers and acquisitions at KPMG, says: “Crucially, the government-driven spend will continue beyond the lifecycle of typical private equity involvement of several years, which will make a sale easier at the end.

“On a micro level you have companies with contracts that span a number of years. These two factors mean social housing is a good bet compared with pure contracting, which is riskier and has lower margins.”

Although many housing associations are charities, at heart they’re commercial organisations.

Ray Stenton, investment director at LDC, agrees that the more reliable revenue stream of social housing is a huge plus, but says there may be slim pickings after the Bullock deal. He says: “I suspect most of the interesting assets have changed hands now, although there are still a number of smaller players.”

With the increased emphasis on partnerships and framework deals “smaller players may find they need to be larger”, says Stenton. “They may also have problems in taking the business to the next level. Private equity can facilitate that.”

Mike Foster, an analyst at KBC Peel Hunt, says private equity investment will widen the scope of social housing contractors. “They will expand into areas like the eco market and property development,” he says. “Galliford Try is one company that increasingly sees its social housing business as a real skill area with growth potential rather than a fallback.”

And what of the ethical dilemma of private equity groups profiting from not-for-profit housing associations? One City observer says there isn’t one. “Although many housing associations are charities, at their heart they’re commercial organisations that are quick to repossess if necessary.”

Either way, the deals will make interesting reading for big firms like £396m-turnover Connaught and £305m-turnover Mears.

As one observer notes: “Despite current liquidity issues you can bet private equity investors are running the rule over social housing contractors as we speak.”