2009: The year of living nervously 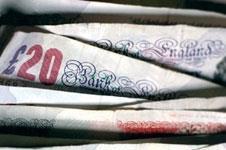 Building’s review of the financial year looks at how housebuilders, contractors and consultants dealt with falling demand and rising debt

Ask a housebuilder, a contractor and a consultant for their assessment of 2009 and you will get three different reactions.

The housebuilder may shrug and say things could have been worse. This time last year a leaked email from Pete Redfern, chief executive of Taylor Wimpey, famously compared the housebuilder’s press attention to that of Angelina Jolie, as rumours circulated over whether it would collapse under the weight of its £1.9bn debt mountain.

There will probably be a flicker of fear in the eye of the contractor owing to the growing sense that the worst is yet to come, and that 2010 could have a sting in its tail.

The consultants, on the other hand, could argue that the pummelling they took on the stock market last year was a little unjustified and valuations could climb next year. But how fast they recover hinges on how much public sector spending is chopped and how quickly Dubai can resolve its debt issues, neither of which is an easy one to call for investors.

So, let’s take a look in more depth at the three sectors and highlight the winners and losers of 2009.

After a prolonged post-Christmas hangover, the tone for 2009 was set by Taylor Wimpey at its trading update on 7 April. In a positive change of attitude, it said: “Recent trading has been at the upper end of expectations, with the group experiencing stable pricing in the UK since the beginning of 2009 and sales rates ahead of last year.”

“Stable” was the most over-used word of the year among the housebuilders. Buoyed by the fact the banks had decided that Taylor Wimpey was too big to fail, share prices began to climb after April.

Recent numbers appear to back the case made by the market’s bulls. According to the latest Nationwide data, house prices in November were up 6% on December last year. Mortgage approvals were also about double the 30,000 mark at the end of 2008.

For others, it was all a case of what the City is given to call “bull-crap”. They warned of higher taxes and unemployment and forecast that when the government changes next year reality will begin to bite. The bulls duly countered this claim with the old argument about the undersupply of housing on a small island.

Either way, six of the top seven housebuilders tapped the market for a combined £1.5bn in 2009, proof, if it were needed, they borrowed too much at the top of the cycle.

Berkeley Predictably enough, Tony Pidgley’s baby has ended the year with a shedful of cash and plenty of muscle in the London and Home Counties’ land-buying market. All this happened in the year he finally handed the reins to Rob Perrins and long-term investor Saad was forced to pull out after financial problems in Saudi Arabia.

Bellway If Barratt has been the hare of housebuilding, Bellway has been the tortoise. But that won’t worry chief executive John Watson, who will be quietly revelling in the fact that its debt-free, middle-of-the-pack approach has left it in a stronger position than Barratt, its former North-eastern rival, which went to London to seek its fortune before buying David Wilson for £2.2bn at the top of the market.

Taylor Wimpey With its banks now calling the tune after taking it to the cleaners in return for a refinancing deal, the firm is still up against it. Its £1bn of debt has limited its participation in schemes like Homebuy Direct. It has hinted it will sell its US housing arm to get that £1bn figure down, but it may end up having to sweeten the deal with its superior Canadian business.

HBOS Drastic refinancing has been the order of the day at the likes of Crest Nicholson, Gladedale and McCarthy & Stone. Many expected the bank to offload some of its interests in 2009, but the price it would get compared with their balance sheet value may have put paid to that. As private firms, they may struggle to take advantage of a resurgent market with no investors to tap for cash.

Highlight
Steve Morgan came back to Redrow in March – a move that prompted Tony Pidgley to send him a letter welcoming him back into the fold.

The Scouser’s fruity language took some the Square Mile aback, but one analyst described him as a “breath of fresh air”. Apparently he also used some pretty colourful language when he discovered how Redrow had been run since he left it in 2000. The chairman and chief executive left shortly afterwards.

Some were puzzled about why he didn’t stick his money into his Bridgemere property investment vehicle, where he would arguably have got a better return … and such a sentimental return to a company you founded is a worry for those hard-nosed, cold-hearted City types.

2009 was the year the public sector kept many contractors in business. The concerned looks contracting bosses give you when asked about 2010 and 2011 reflects their fear that that spending will be cut. But will the show be over for some? Especially those that have been “aggressive” in pricing new work.

The year was also marked by the predominance of the framework and the transformation of traditional builders into service and maintenance providers. Leading the way was Carillion, but Kier, Balfour Beatty and Costain all followed suit. Was this the year that marked the end of companies that just build things?

It was a far more eventful year away from the listed arena. Laing O’Rourke, with its culture of omerta, kept everyone guessing as to whether Tony Douglas, its chief operating officer, would stay or go, and the firm made a swath of job cuts fairly late in the cycle.

A morbid new game also began – who would be the biggest company to fail? So far the industry has lost medium-sized firms like Pettifer, Wrekin and Verry but how far up the chain will this spread?

Costain Many feel this company came in from the cold in 2009. The policy pursued by the management team of focusing on blue-chip clients and sectors such as waste and nuclear paid off. One analyst said: “It has proven this year that it’s a top tier contractor in every respect.” A far cry from the “basket case” label of a few years ago.

Balfour Beatty The year marked its transformation from a broadly UK-centric contractor into a truly international operation. (See highlight of the year).

Rok In 2009 the self-styled “nation’s local builder” found itself in an aggressive scrap with actual local builders. It picked up a string of framework deals at the start of the year, but its model of winning local business around geographical bolt-on acquisitions was put under pressure as the recession bit. As one analyst said: “Winning local work at that end of the market is difficult with such intense competition. You will either struggle to retain the business or see your margins smashed to pieces.”

The fallen What have the Gem of Tanzania and St Albans City football club got in common? Both played their part in the downfall of medium-sized contracting businesses last year. In this case the worthless ruby that was used to prop up Wrekin’s balance sheet and the payments made by Verry Construction to St Albans City FC. (See our review of the year, page 32, for more details.) In the case of Qatar-based structural steel specialist Panceltica, the company fell victim to a housing scheme in Doha that turned into a legal wrangle with Barwa, the Qatari developer that was its shareholder and sole client.

Highlight
Balfour Beatty’s acquisition of Parsons Brinckerhoff. “The scale and the implications of what they did are huge,” noted one analyst. The deal saw it pull away from the rest of the pack, leaving jealous rivals in its wake. On the other hand, the success of the deal has yet to be proven and some have mumbled about the difficulties in splicing a UK plc with an American outfit owned by its employees.

The consultants began 2009 on a low after Dubai’s bubble burst at the end of 2008. Combined with uncertainty over public spending, it was a gloomy first quarter. After March, stocks began to rally, but it didn’t lead to a recovery and nervousness remains the order of the day. One analyst said: “These firms face near-term headwinds and the outlook will probably only begin to clear by the end of 2010.”

Meanwhile, the big American consultants are on the prowl for a bargain, buoyed by their relatively high stock market valuations and purchasing power. A European tie-up could prove a better cultural fit though and interest from Dutch firms Arcadis and Grontmij has taken a back-seat rather than vanished.

It was a turbulent second year as a listed consultant for Cyril Sweett. “I don’t think they enjoyed it,” said one source close to the company dryly. But added: “Mind you, you’ll want to be a listed company when the upturn comes and you’re looking for growth capital.”

Atkins When it reported a half-year operating profit in 2009 that was 6% up on the same period in 2008, it was obvious the powerhouse of the UK consulting engineers had had a good year, despite the sector’s wider problems. Like its peers it was forced to make deep staff cuts, losing 1,000 posts early on in the year, but with a higher operating margin in the first half of 2009 than 2008, it has managed to improved its internal efficiencies, which pleases the market no end.

Hyder Described as “a notable outperformer” by one analyst, Hyder has benefited from its lower level of exposure (28% of turnover) to the UK than some of its peers. Because it has been in the Middle East for so long, it has also been less exposed to the more speculative end of the property development market. The City has also had time to digest the appointment of Ivor Catto in the summer of the previous year and in the words of one analyst, “has taken to him extremely well”.

Mouchel With the benefit of hindsight, the company has made some poor strategic decisions, such as its move into the rail sector, from which it later withdrew, and it joined the party late in Dubai, where it tied up with Nakeel. “These have clouded what has otherwise been another year of growth and strong performance,” said Richard Cuthbert, chief executive, in October. One analyst said it with fewer frills, calling 2009 “a disappointing year for Mouchel”. It has left it in the kind of vulnerable state that has led to interest from the likes of VT Group in recent weeks.

The survival of White Young Green. After its debt ballooned to £90m, there were mutterings around the industry about its survival. Fortunately its banks filed the company under “too big to topple” and a debt deal was agreed in October. It would be unfair to lay the problems at the door of the new management team, who were as horrified by what they found as everyone else. The City still seems convinced chief executive Paul Hamer (pictured) is the right man to lead the renamed WYG to recovery.