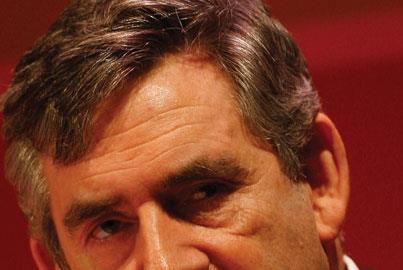 The government is to use £200m of its £8bn social housing budget to prop up ailing housebuilders by buying completed schemes and turning them into social housing, write Joey Gardiner and Tom Bill.

The move, which is reminiscent of the Tories’ £577m housing package unveiled in the market slump in 1992, will see developers and housing associations bid to the Housing Corporation to buy unsold private homes. A spokesperson for the corporation said all bids would be assessed in the normal way, adding: “It’s about taking advantage of genuine opportunities.”

The news came in a terrible week for housebuilders with Redrow, Galliford Try and Barratt all reporting sharp sales falls.

Keith Miller, chief executive of the Miller Group, said the move would be a “drop in the ocean. It misses the point – that there’s no confidence in the housing market because people can’t get mortgages”.

Prime minister Gordon Brown (left) also announced an expansion of the government’s shared ownership programme, Homebuy, by allowing access to all first-time buyers earning less than £60,000, not just “key workers”. This expansion will be funded with £100m taken from the government’s other low-cost home-ownership initiatives.

This is not enough. The situation demands drastic action

Stewart Baseley, executive chair of the Home Builders Federation, which has also been campaigning for a temporary halt to stamp duty, said: “This announcement is not enough. The situation demands drastic action.”

The move came after Barratt Group said on Wednesday that reservations had fallen 50% in recent weeks. Mark Clare, Barratt’s chief executive, said conditions had fallen sharply since the end of March because of lack of mortgage availability.

But the £3bn-turnover company did not, as some had feared, announce a rights issue to repay the £600m debt it raised to fund the £2.2bn purchase of Wilson Bowden last March.

Instead it announced a three-year repayment extension for £400m of the debt. It added that it had reduced its staff by 200, or 3%, since the downturn.