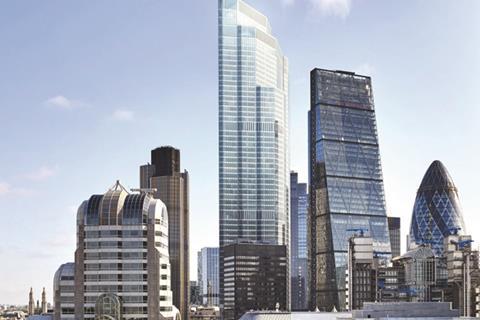 The investor behind the under-construction 62-storey 22 Bishopsgate tower in the City of London has said it is considering its options for the scheme after last week’s Brexit vote.

In a statement Axa said: “We remain committed to the site, we are continuing to work and we are considering all our options.”

A seperate source close to the scheme said work on site was still going “all guns blazing”.

But Axa’s decision to assess its options for the scheme chimes with many developers taking stock of their options after the referendum.

The 22 Bishopsgate tower is designed by PLP, developed by Lipton Rogers, engineered by WSP PB, cost managed by Alinea and is being constructed by Brookfield Multiplex. It replaced the abandoned Pinnacle tower.