£3bn South-west framework back on track 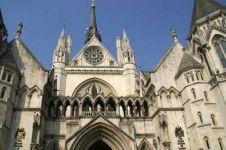 Devon, acting on behalf of all the counties in the South-west construction framework, has sent a letter to all of the bidders, asking them to attend an interview this week.

The move follows the rejection in the High Court last Friday of a claim by contractor Leadbitter that it had been unfairly ruled out of the process when it filed its submission 26 minutes late.

The framework is based on the South-east model, under which Hampshire council administers procurement for all of the counties in the area. It is thought between 15 and 20 contractors will gain places on it, but the bidding process has been on hold since Oxfordshire-based Leadbitter launched its legal challenge earlier this year.

Devon council was appointed by the South West Regional Improvement and Efficiency Partnership to act on behalf of a number of public bodies over the procurement of services for construction projects.

Mr Justice David Richards rejected the claim, ruling that ‘a deadline is a deadline’

Leadbitter’s lawyers said the council had already extended the deadline by three hours after a rival company suffered an unexpected power failure, and it should have been offered a similar extension.

Mr Justice David Richards rejected the claim, ruling that “a deadline is a deadline” and the decision to reject Leadbitter’s tender was “well within” the council’s margin of discretion.

He said that Leadbitter’s witnesses “readily accepted” that they knew about the tendering rules, and the provisions of the process “were clear and well understood”.

The extension due to the power cut had been communicated to all tenderers, added the judge, and it was not “disproportionate” for Devon to have refused to consider Leadbitter’s bid.