Consultant will work on two facilities for charity’s Genome Campus 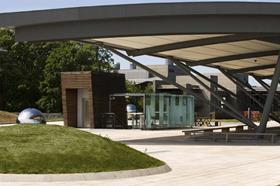 Consultant 3PM has won a brace of contracts to project manage the construction of two facilities for the Wellcome Trust’s Genome Campus near Cambridge. 3PM will project manage a knowledge exchange and catering facility for the campus and a further multimillion-pound undisclosed project, both designed by architecture practice Abell Nepp.

The consultant is in dialogue with the Wellcome Trust about becoming a trusted adviser on future projects at the Genome Campus, the scientific research campus where scientists first sequenced the human genome.

3PM also revealed it has recruited former Turner & Townsend associate partner Rupert Corbett to strengthen its health, science and education expertise. Corbett has 12 years experience working in the science sector and has worked on a number of major health projects.

Another major project on its books is a series of upgrades to England’s rugby stadium Twickenham.