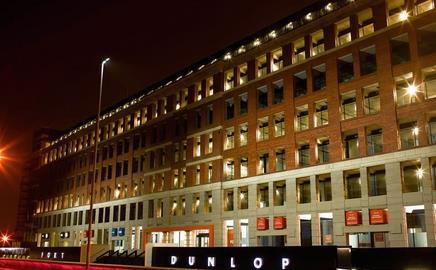 Urban Splash has become a familiar part of the UK construction industry, thanks to its complex regeneration projects and attention-seeking designs.

What is less well known is that it has built all of its own projects using its construction arm, Urban Splash Build (USB). Since Urban Splash was established

14 years ago, USB’s figures have been incorporated into its parent’s, but this year it is to become a company in its own right. Indeed, later this month, it will publish its first separate set of annual results.

Guy Jackson, managing director of USB South, says the division wanted to raise its profile to support an expansion drive. According to Jackson, turnover will grow from £72m in 2006/07, to £195m in 2010/11.

Jackson says: “Everyone knows we do regeneration projects and commercial schemes but very few people know about USB. We decided to raise our profile to help us and our suppliers, but also to help with recruitment.”

There is little wonder that USB intends to take on more staff. Its parent is planning to increase the amount of commercial and residential space it builds by almost 400% over the next five years (see box). To deal with that workload, USB reckons it needs to increase its workforce from 85 to 212 by 2011.

USB works as a construction management company, which manages, procures, controls and supervises all works on site. The USB teams are set up around Urban Splash’s development teams, which are divided into five regional bases: Liverpool, Manchester, Leeds, Birmingham and Bristol.

Jackson says: “We expand project by project. USB works closely with the development team in the early phases and as we come towards site we either move people around or recruit to fill positions.

To deal with its workload, USB reckons it needs to increase its staff from 85 to 212

“We generally work through a network of subcontractors, some of which are long-term, for example a demolition company called Windmill that has been with us for a long time.”

During his three years at USB, Jackson has worked on Urban Splash’s biggest commercial scheme to date, Fort Dunlop, which includes a 100-bed Travelodge hotel, on the outskirts of Birmingham. He also worked on Lakeshore, a 360-home project in Bristol, and a refurbishment of Royal William Yard, a 17th-century building in Plymouth.

The key to Urban Splash’s success, Jackson says, is that it has complete control of its schemes through its USB team, which advises on everything from materials to costs.

He says: “It’s a one-stop shop. This way, we have complete control throughout the process over any contractual obligations or issues of quality. There are no games – it gives us a very clean and concise control of the quality. It’s also less contractually adversarial. Our supply chain likes it because they don’t get caught in battles between main contractors and clients.”

“The key word is risk,” he adds. “We can own and manage that risk through the process but it also puts value into the business. On many of the jobs we do, the fact that we build it ourselves is almost the prime lever of value. USB is, in fact, a significant lever in the success of Urban Splash.”