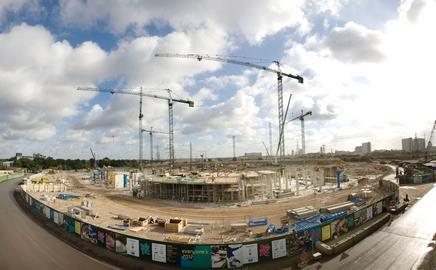 This is the latest image of the 2012 Olympic stadium, which shows that work to create the foundations is nearly complete.

More than 100 columns that will support the lower ground floor of the west stand have already been constructed. Earlier this week Cabe praised the stadium’s design but said it was unconvinced by the temporary pods and public space that will surround the stadium.