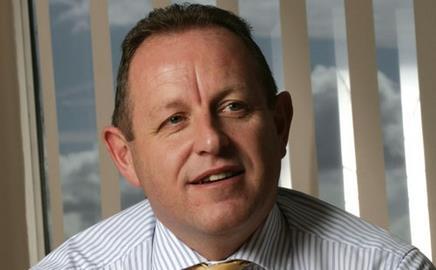 Trying to convince your staff to take a more hands-on approach to sustainability is a big enough challenge. But Stephen Gee, the managing partner of consultant John Rowan & Partners, is taking it one step further. He is also trying to convince clients to improve their green credentials.

Gee says his strategy is to assume the client wants a green solution. “We say that we’re going to look at sustainability options unless you tell us not to.”

Unfortunately for Gee, some clients need more persuading. “Not all our clients are open to it. Some are very wary and that is because they are trying to do something within budget,” he says.

“Resistance tends to come because of cost. There is a perception among clients that if they address these issues their buildings will cost twice as much, but that argument can be won.”

Unless, of course, they simply refuse. For now, the realities of commerce still outweigh environmental concerns. “If someone says no, we’re not in a position where we are going to walk away from a client,” he admits.

The move towards a more green approach, both internally and externally, has been pushed by John Rowan’s recently formed environmental policy group. The 10-strong committee meets regularly to discuss aspects of the business. This has resulted in changes such as using glass cups instead of plastic ones for the water machine and making sure all computers are turned off at the end of the day.

When not improving its green credentials, the consultant is busy working in its four main sectors of regeneration and development, retail, hotels and leisure, and architecture and surveying.

By far the biggest of these is regeneration and development, where John Rowan’s work takes in the Decent Homes programme, the Olympics and the needs of registered social landlords. It is now so big that the Decent Homes section, one of its busiest areas, is being spun off into a separate division with plans for expansion.

The unit has a staff of 15 and a turnover of £1m but the plan is to increase that to 25 staff and double turnover to £2m by the end of the year.

Gee is looking even further ahead. “What we are trying to grapple with is how we grow the unit after 2010,” he says. “Decent Homes will be finished by then – at least it’s meant to be finished.”

John Rowan’s private sector clients include supermarket Tesco, investment bank ABN Amro and retailer DSG International. Its hotel group has managed to scoop the refurbishment of the Savoy in London and it has worked on the Olympic Delivery Authority’s e-procurement system, which was launched two weeks ago.

John Rowan’s long-term plans will be set out in what Gee terms a “five-year vision”, which will run from the start of the new financial year in May.

“We’ve looked within our market and right now you can grow as much as you want. But we’ve looked at what we can sensibly grow at and that is 20-25% a year up to the Olympics,” Gee says, adding that it would be hard to recruit if growth went beyond this level.

In the five-year period then, the aim is to increase staff numbers from 60 to 160 and grow turnover to £14m.

It may seem like an ambitious target but John Rowan has been growing at that rate for the past two years. It is on track to generate a turnover of £4.5m and a pre-tax profit of £830,000 for the year ending 30 April 2007.

If your company would like advice on tax or accounting, visit www.building.co.uk/smeexpert and submit a question