A player in the generation game 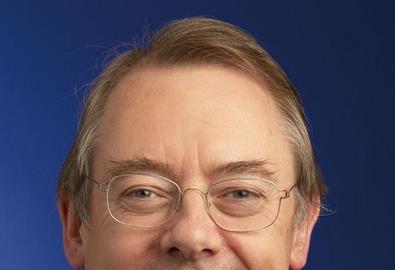 Nuclear power has a new champion. Tim Stone, one of the UK’s foremost experts on public-private finance, was appointed the government’s senior adviser on nuclear decommissioning and waste management costs last week.

Although Stone has been chairman of KPMG’s global infrastructure and projects group for 11 years, he has a bulging book of public sector contacts.

In fact, his fingerprints are on many high-profile procurement policies of recent years, and he helped shape the government’s £5.2bn-a-year Building Schools for the Future programme and the Treasury’s rethink of PFI.

His reputation meant he was offered the job in December without applying for it. He is now on a year-long joint contract with the DTI and the Treasury, working one-and-a-half days a week.

Announcing the appointment, Alistair Darling, the trade and industry secretary, gushed: “With his extensive background in investment and corporate banking, Tim Stone will put in place the right arrangements for any nuclear new build that comes forward.”

This is a big sign that nuclear new build will happen, but the policy will have to get through parliament first. Stone will use this spring’s energy white paper to “ensure that waste decommissioning is properly dealt with”, according to a source. This should lay the foundation for a parliamentary debate on new-build stations in the autumn.

The source adds, though, that Stone’s primary role will be to “produce a commercially reasonable environment” for a market interested in designing, building and operating new stations. He will contact these parties in the next few months.

Stone has told colleagues not to prejudge the government’s nuclear policies. He says he wants to make sure potential contractors can be briefed as soon as a decision is made, so that the government is “on the front foot”.

He agrees with Nicholas Stern’s report last year on climate change, which says there is little time to waste on building facilities that produce cleaner sources of fuel.

Stone is not an expert on the science and engineering of nuclear power stations, but as a trained physical chemist he has enough knowledge of science to understand the technical points of decommissioning.

Shortly after his appointment, he said he wanted to ensure that waste management costs were paid for by operators and developers rather than “our children and grandchildren”.

Coming from a die-hard proponent of the private sector, this is easy to greet with a cynical sneer, but Stone does appear to care about the wider world – he has made several charity walks for cancer charities.

And once Stone supports something, he pursues it with zeal. Expect to see a lot of nuclear policy emerging over the coming months.

Although the 2003 energy white paper appeared to rule out a “next generation” of nuclear power stations, government policy appeared to embrace a nuclear agenda last year. The July 2006 energy review talked about a programme of six plants built at a cost of £12bn. The 16 plants Britain has now are ageing, and more than half are to close within the next decade. Nineteen per cent of the country’s power is currently generated by nuclear energy compared with 33% by coal and 40% gas. A white paper on Britain’s nuclear future will be published later this year.

More on the nuclear power debate at www.building.co.uk/archive