14
A trail of destruction
News

A trail of destruction 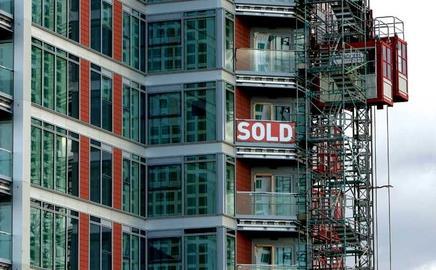 The economy had shrunk 1.5% in the last quarter of 2008, and remained in recession throughout the second and third quarters.

Construction was one of the worst hit industries as the mortgage market froze solid and commercial work was virtually non-existent. About 129,000 jobs were lost in the nine months to September; it is estimated that by the end of the year this will be 165,000. Some firms, such as Persimmon, lost up to half their staff, while many who survived did so on a diet of gruel – Currie & Brown cut directors’ pay by 25%, Gleeds cut everyone’s by 12.5%, and Galliford Try was among those that put some staff on four-day weeks.

In the nine months to September, 337 businesses went bust, with the figure predicted to reach 440 by the year end. Among the casualties was William Verry, the 177-year-old, £100m-turnover contractor, which collapsed in April blaming cash flow problems. In an added twist, the construction division, Verry Construction, was owed more than £500,000 by St Albans football club (its sister company) when it went into administration.

Although its predicament was nowhere near as bad, there were many worried faces at White Young Green. After spending £85m on 18 companies in five years, the consulting engineer was forced to make heavy job cuts – including the abrupt departure of chief executive Lawrie Haynes in January. Paul Hamer was the man tasked with building a ladder to get out of its hole.

Up and down the country, businesses that did survive faced heavy losses, made worse for some by problem schemes – Shepherd Construction lost £15.5m on its Trinity Walk project in Wakefield. And firms had to restructure to cope with the harsh realities. Bovis Lend Lease announced in May that it was switching its focus to major infrastructure markets, like rail, waste and nuclear. Then, towards the end of the year, Laing O’Rourke had a dramatic boardroom reshuffle, resulting in the unceremonious departure of Tony Douglas, the ex-BAA man who had been expected to replace Ray O’Rourke at the head of the contractor.

For quoted companies, the pressure was even greater. Nowhere was this more apparent than housebuilding, where Taylor Wimpey, Crest Nicholson and Persimmon were among those forced to strike rescue deals with their lenders.

Aside from the drop-off in work, businesses had to contend with much tougher terms from clients. The retail sector led the way with a January sale in reverse – Tesco asked for discounts of up to 50% from its construction suppliers. Fee cuts quickly spread throughout the industry, and Steve Morgan, BAA’s new capital director, led the charge to scrap cosy framework deals in favour of a return to competitive tendering.

For a while, the Middle East looked like a safe haven, but in February the cracks began to show, as major schemes were put on hold; by October, £545bn were affected. Firms in Dubai had to beg to be paid, but mostly in private. David Marks of Marks Barfield broke the silence in August to reveal that he had lost half his practice. Then, just as it looked like there were no more shocks in store, and the market was shuddering back to life, Dubai World, whose development subsidiaries include Nakheel and Limitless, asked creditors for a six-month standstill on its £35bn debt pile – sparking a fresh debt crisis in the Emirate.