EY told contractor to get on and ‘ruthlessly rationalise’ its business 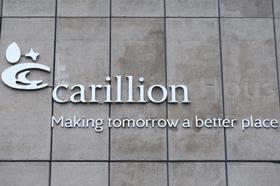 A report from the Big Four accountant brought in to review Carillion’s finances has revealed directors were made aware of the company’s dire position as early as August last year.

Its report, which was presented to the board last August, has been released by the committees running an inquiry into the firm’s collapse.

It showed EY had found there to be a “lack of professionalism and expertise” and a “lack of accountability” in the company, while those in charge “prioritised short term benefits over sustainable performance”.

The report said: “Despite many layers of management, there is limited visibility and transparency of performance at the appropriate level to make intervention.”

It also suggested that in order to survive the ailing contractor needed to “ruthlessly rationalise the portfolio” and significantly reduce the number of people it had on staff.

The co-chairs of the inquiry, Labour MPs Rachel Reeves and Frank Field, have once again slammed the board’s failure to heed advisors’ suggestions.

Frank Field, chairman of the work and pensions committee, said: “We have heard a lot about the ‘shock’ profit warning in July 2017, as well as the board’s ‘surprise’ and dismay when they were finally forced into administration on January 15 – at public expense because there was not enough left in the company to pay even for that.

“They reveal also pervasive institutional failings of the kind that don’t appear overnight, long-term failings that management must have been well aware of.”

Rachel Reeves, Field’s counterpart on the business committee, added: “The Carillion directors either took their eye off the ball or they failed to see the warning signs that investors, Carillion staff, and, in this case, EY flagged to them.

“Directors didn’t just drop the ball once, they made a habit of it, giving every indication that it was the long-term failings in the management and corporate governance at Carillion which finally sank the company.”

The inquiry has also released minutes from the August board meeting, which showed Carillion leaders were questioning the contractor’s choice of projects.

The Midlands Metropolitan and Royal Liverpool hospital jobs were highlighted by interim chief executive Keith Cochrane as projects the firm had not tackled in the right way.

Cochrane said the contract for the Royal Liverpool Hospital job, which was agreed in 2014, was “signed up too quickly in order to get cash in”, while the Midlands Metropolitan Hospital suffered from rushed mobilisation.