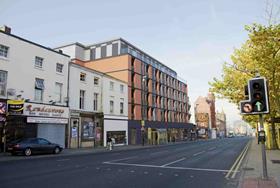 Ocon Construction has appointed insolvency professional Mazars as its administrator after announcing its intention to enter administration last week.

In a statement Opal Property Group, the parent company of Ocon Construction, said it had had to put its subsidiary into administration because of “operational issues on the main university contracts it was fulfilling”.

Tim Askham and Robert Adamson, both of accountancy firm Mazars, as have been appointed as joint administrators.

Mazars said: “The board [of Ocon Construction] conducted an urgent review of its financial position during February, following trading losses in the previous year, continuing losses on current contracts and difficulties in procuring new contracts.

“The review identified the funds needed for Ocon to be able to complete its contracts but they could not be obtained via its parent, Opal Group, which was unable to support the plan.”

Work on the firm’s projects ceased last week and it is currently engaged in redundancy consultations with its 50 staff.

Mazars added: “The administrators are now urgently engaging with clients and contractors to ensure an orderly hand over of current works so that buildings can nevertheless be completed to schedule.”

Ocon recorded a £1.4m pre-tax loss in its last full year results to 30 September 2012, which it attributed to “the cost of recovering project delays, to ensure delivery dates were achieved, compounded by the insolvency of key subcontractors at critical times”.