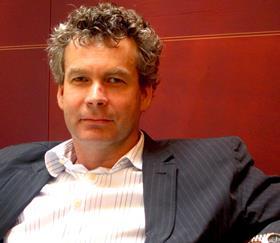 Aecom has launched a global restructure to further integrate its business divisions, including UK consultant Davis Langdon, Building can reveal.

The global restructure was announced to staff on 3 October - three days after the end of the company’s financial year on 30 September.

Buildings + places will integrate the company’s programme and cost consultancy business (PCC) - including Davis Langdon; its planning, design and development business (PDD) – including its UK masterplanning business, formerly named Edaw; and its building and engineering business.

It will be led globally by Jason Prior, PDD chief executive and former Edaw boss. Global head of sport Peter Flint will lead the buildings + places line in Europe, the Middle East and Africa.

Pell told Building the restructure was “internal” and would not result in any change in branding to the market.

In an email sent by Aecom to staff, the firm said the integration would help it develop its service offering, further invest in professional disciplines and simplify its operational structures.

Aecom told Building the integration would not result in any redundancies.

The internal email said the company’s buildings + places line would “work closely” with construction services on “full delivery” of projects.