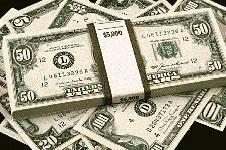 Aecom has announced it is buying back $500m of its shares as it posted a 19% drop in first quarter operating profit.

The share repurchasing drive should boost earnings per share for the firm’s shareholders by taking millions of its shares out of market circulation.

Aecom attributed the fall in operating profit to $62m from $77m the previous year to restructuring of its Australian business due to a slowdown in the country’s mining sector.

Revenue for the period remained at $2bn.