David Barwell replaced by Colin Wood after 20 years at firm

Aecom’s UK chief executive David Barwell has been replaced in the top role by a former RAF wing commander who joined the business three years ago.

Barwell is a near 20-year veteran at the firm and began his career in the industry as an engineer at Dutch engineering consultant Royal Haskoning. 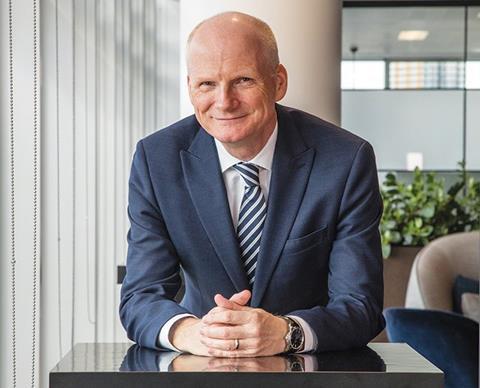 An Aecom spokesperson said Barwell had stepped down with immediate effect and filings at Companies House show Barwell left as a director yesterday (Thursday).

Barwell (pictured), who turns 55 in November, is staying on at the firm, which has 7,000 staff in the UK and Ireland working out of around 40 offices including its London headquarters at Aldgate, until the end of the year as part of a transition period with his replacement Colin Wood.

Wood joined Aecom in June 2017, having previously been the chief executive of Defence Infrastructure Organisation while he was Transport for London’s head of Olympic and Paralympic Readiness/director of Olympic legacy.

Wood’s roles at Aecom have included leading the firm’s civil infrastructure business across Europe, Middle East and Africa while most recently he has been its chief capability officer for the same region.

Also leaving Aecom under the shake-up is its chief operating officer Bill Quarterman who joined the firm in 2012 from Galliford Try. A replacement for the 58-year-old has not been named.