Aecom has brought in a former operational lead on the stalled Stansted airport expansion programme to beef up its aviation team.

James Bruce was operational readiness and transition lead for the £600m Stansted Airport transformation programme before a rethink and covid-19 stopped the scheme in its tracks. 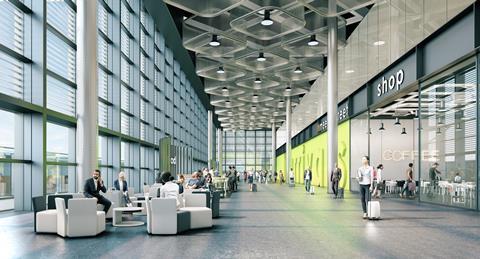 Bruce has been brought in as Aecom’s director of aviation masterplanning.

Last year, Brydon Wood was brought in to work on a revised plan for a £150m arrivals building which had been drawn up by transport specialist Pascall + Watson and was due to have opened later this year.

Mace was appointed to the contract but the pandemic has meant the scheme has been grounded for most of the year. The firm said the collapse in aviation work was one reason why it had to lay off 300 staff earlier this year.

The project would also have seen the existing Norman Foster-designed terminal converted into a facility for departures only.

Aecom has also brought in another recruit from Manchester Airport Group (MAG), the owner of Manchester, East Midlands and Stansted airports, with Jose Monfa appointed as its new director of aviation architecture following three years as head of architecture at MAG.

Aecom managing director for aviation in Europe, the Middle East and Africa Richard Gammon said the firm was preparing for work in the sector to return once the pandemic was over. He added: “These new appointments significantly strengthen our aviation offer as we seek to help our clients emerge from the pandemic with greater resilience, stability and long-term business growth.”

Bruce and Monfa are both based in the UK, while Moeller is based in Germany.