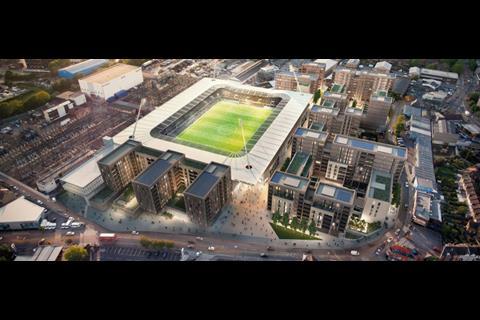 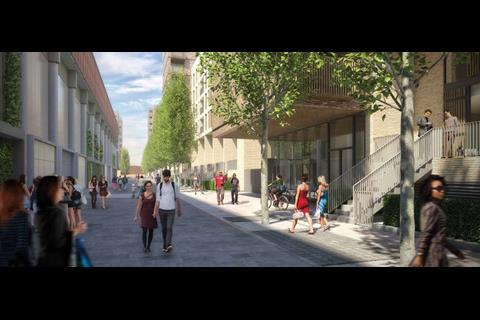 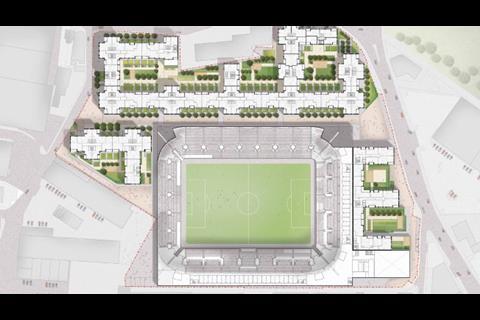 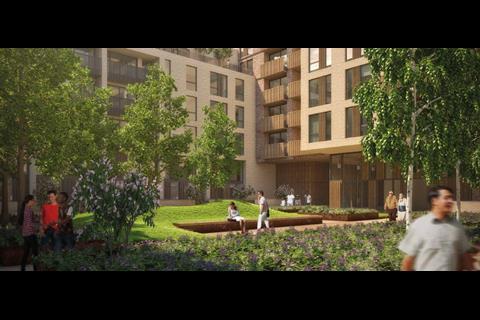 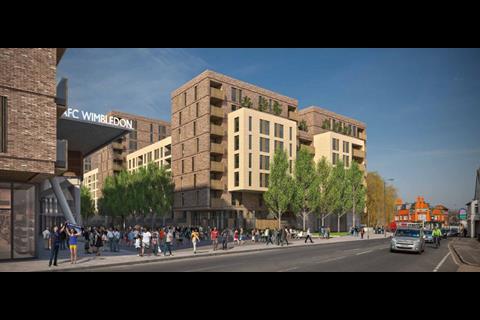 The architects behind a 20,000-seater stadium for AFC Wimbledon have welcomed the news that it appears to be on the verge of mayoral approval.

Sadiq Khan has indicated he wants to hand the decision back to the local authority which has already approved the scheme.

The stadium is part of a wider development by Galliard Homes involving retail, leisure facilities and 600 flats in three blocks rising to 10 storeys.

The stadium – which will initially have 11,000 seats – has been jointly designed by David Morley Architects and Wilson Owens Owens while Sheppard Robson has designed the housing and is masterplanner.

David Morley said: “It sounds like the mayor’s intention to reverse the ‘calling-in’ is a very positive step in the right direction. This, along with AFC Wimbledon’s promotion to League One earlier this summer, helps to give the project a real sense of inevitability and I can’t wait to see it start.”

The 5.6ha scheme would replace the greyhound racing track at Plough Lane and has come in for significant local opposition.

Merton council approved the scheme in December but this March Boris Johnson intervened and announced he would make the final decision.

Now his successor, Sadiq Khan who grew up less than a mile from the site, is on the verge of handing the decision back to Merton council on the GLA planning team’s advice.

His spokesperson said: “Sadiq Khan has asked to be able to consider reversing the previous mayor’s decision to call in the Wimbledon application and, instead, hand it back to Merton council to determine.”

His request was subject to a two-week consultation period which ends tomorrow. Unless the public have objected overwhelmingly, Khan will then punt the scheme back into Merton’s jurisdiction.