Aggreko the latest firm to scrap its dividend

Aggreko has warned it won’t hit its financial targets for 2020 and announced it is scrapping its final dividend due to the impact of the coronavirus. 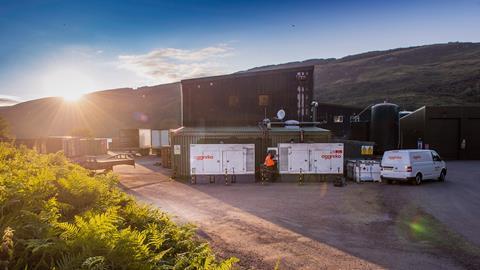 In a trading update issued today, the power plant supplier said it would review its decision to suspend the 18.3p per share payment to investors later in the year, “once the outlook becomes clearer”.

Its trading statement also warned that given the ongoing crisis it didn’t believe it would be able to stick to guidance given in its full year results statement about trading during 2020.

“We will continue to monitor the situation closely and provide further updates as necessary,” it added.

Other firms to have pulled dividends and payouts recently include housebuilders Berkeley, Crest Nicholson and McCarthy & Stone.

Aggreko, which earlier this month announced a 9% hike in pre-tax profit to £199m, said it was facing challenges getting its staff to project sites, as countries closed borders and limited travel both international and domestic travel.

It added that equipment orders from China were facing delays of several weeks.

The group is currently working with a client the Tokyo Olympics, which are due to kick off on 24 July. The firm said it was in regular talks with the customer, and was continuing work on the job “in line with the current International Olympic Committee guidance”.

Doubts around whether the Olympics will go ahead have been heightened after Canada announced it was pulling out the games, citing the coronavirus epidemic.

Meanwhile, the Financial Conduct Authority has asked companies which had planned to publish their annual results this week to delay doing so for at least two weeks, due to the coronavirus.

The FCA, which has written to thousands of firms across the country, said listed companies and the teams of auditors who signed off their accounts were facing huge challenges during the virus crisis.

The request to delay publication does not apply to those companies listed on AIM, the alternative investment market.

The FCA also said it was in talks with the Financial Reporting Council and the Prudential Regulation Authority about a package of measures “aimed at ensuring companies take the necessary time in these uncertain times to prepare appropriate disclosures and address current practical challenges”.

It said the three bodies would announce details shortly.