Construction at Lansdowne House set to start in 2022 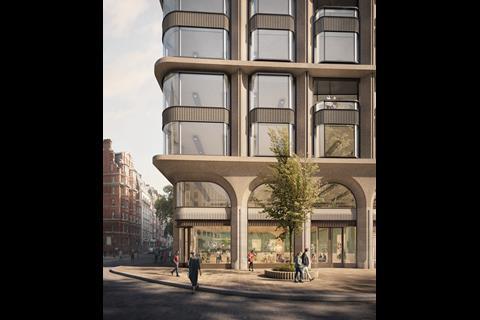 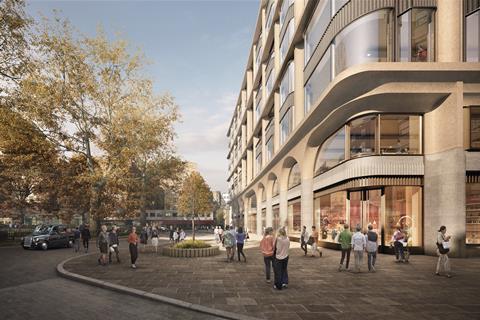 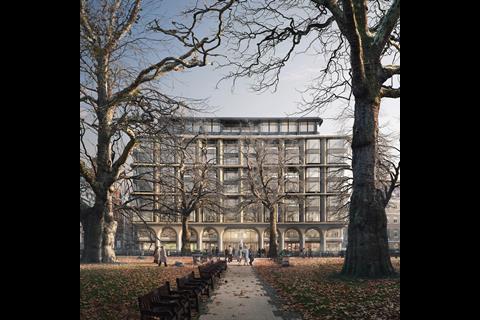 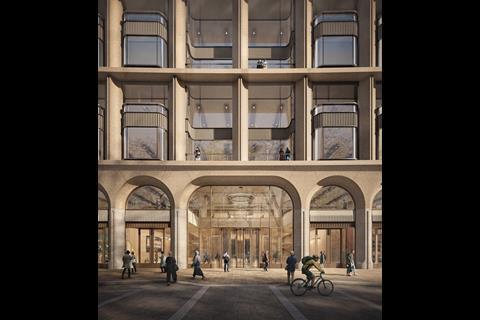 The London office market has been given a shot in the arm after plans for a £200m redevelopment of a vast building on Berkeley Square in upmarket Mayfair were given the green light.

AHMM is behind the proposals to replace 1980s Lansdowne House with a new commercial building that were OK’d by Westminster council this week after two years of consultation.

Lansdowne House is a post-modern office block that occupies the whole of the southern end of the square - home to Annabel’s nightclub and where, according to the famous song, a nightingale sang – and stretches back for a block towards Piccadilly.

It is being upgraded to feature 10 storeys of office space running across 225,000 sq ft. Developer CO—RE said the scheme will have 14,000 sq ft of retail and restaurants on the ground floor while public realm improvements are also planned. The new project will include 480 cycle spaces with associated showers, lockers and changing facilities.

The project site occupies the former garden of the original Lansdowne House, now known as the Lansdowne Club and standing just across the road, which was designed by Robert Adam in the 1760s.

Its occupants included former prime ministers including William Pitt the Younger as well as Gordon Selfridge, founder of the department store.

Its first owner Lord Shelburne is said to have drafted the peace treaty with America in 1782 in what is now its cocktail bar. He was created first Marquess of Lansdowne, from which both buildings now take their name.

The buiding was partially demolished to make way for a road and was converted into a private members’ club in the 1930s, with members including fashion designer Paul Smith, artist Beryl Cook and chef and heritage campaigner Loyd Grossman. At the same time a building called Morris House was built in its garden. That was replaced by the current Lansdowne House in the 1980s. 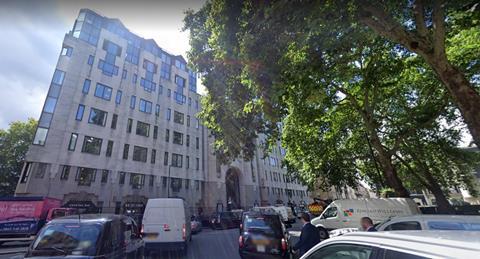 The developer said the new Lansdowne House is designed to last at least 100 years and to achieve the highest possible standards for sustainability and wellbeing – BREEAM rating ‘outstanding’ and WELL Platinum.

Construction is expected to start in the second half of 2022 and finish in 2026.