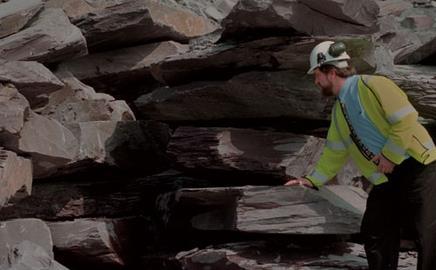 Alfred McAlpine was reeling this week after an alleged multimillion-pound fraud by two senior managers wiped £140m off the firm’s value and triggered an external investigation.

The support services group said it had discovered “a systematic misrepresentation of production volumes and sales for a number of years by a number of senior managers” of the company’s slate business. It said the suspected fraud would cost about £13m and had cut the asset value of the slate business by a further £11m

Ian Grice, Alfred McAlpine chief executive, said: “We are in the process of appointing independent forensic accountants to conduct a detailed analysis of the slate business since 2003; we have suspended two senior managers of the slate business pending further investigation and we have put in place interim management reporting directly to me.”

The managers involved are thought to have inflated production and sales figures in order to meet sales targets.

A senior company source said: “The people involved have done this to present their part of the businesses as financially successful, to increase their bonuses.”

The suspected fraud was only discovered last week by an internal audit, even though the finances had been checked by Pricewaterhouse Coopers (PwC), its external accountant. A spokesperson for PwC said it did not discuss client affairs.

Although this is the first suspected fraud at Alfred McAlpine, the group has been plagued by writedowns and court actions (see box).

Senior management, including Grice, travelled to the slate quarry in Wales as soon as the problem was discovered.

As Building went to press, Paddy McNaught, the T&G’s regional industrial organiser, was meeting representatives of the company.

The police are not involved at this stage.

Alfred McAlpine said it would not comment further at this time.

May 2004 Alfred McAlpine abandons legal battle with Sir Robert McAlpine over plans to rebrand as McAlpine. Costs are thought to be in excess of £1m

May 2005 Starts legal action against former shareholders of Eastern Contracting Holdings saying it was misled about the company’s finances when it bought Eastern.

For more on Alfred McAlpine go to www.building.co.uk/archive