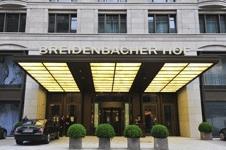 Materials supplier gives an update on the state of the market

The firm said trading since the beginning of July showed a further reduction in demand for new-build commercial projects, mitigated by Alumasc's sustainable building product activities, which continued to perform relatively well.

It added that demand for public sector work was stable and there was a modest upturn in the new house building sector.