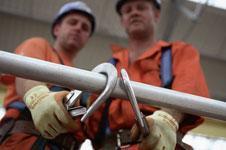 Amec has agreed to pay over £4.9m plus costs after the Serious Fraud Office found it had failed to keep accurate records required by the companies legislation.

The matter arose in late 2007, when the international engineering firm found irregular receipts had been received between November 2005 and early 2007, amounting to around $9m.

Amec appointed external advisors to investigate and self-reported the findings to the appropriate authorities, including the SFO in March 2008.

An investigation by the SFO found that no proceedings should be commenced against Amec but it did conclude that Amec had failed to keep accurate records and that this matter was suitable for civil resolution.

Amec agreed to pay over £4.9m in respect of a Civil Recovery Order, plus a contribution towards associated costs.

The receipts were associated with the firm’s last remaining active PPP project, which is now complete. The division to which it belonged was divested in mid-2007.