A row has broken out after Canary Wharf Group accused Crossrail of trying to shift the blame for the scheme’s delays following claims made by the railway’s chief executive to MPs last week that it was having to spend £80m to make its station at Canary Wharf safe while questioning the quality of work carried out there.

Mark Wild said it was having to shell out the sum to make sure the Foster + Partners-designed station met London Underground standards.

He added: “We’ve actually spent nearly £80m at Canary Wharf changing the equipment to make it the equivalent safety standards that are required for a London Underground station.”

He told the Public Accounts Committee last Wednesday the work wouldn’t be finished until the autumn and said Crossrail was having to foot most of the bill – indicating its attempt to get some money out of Canary Wharf had fallen on deaf ears.

“I believe we accepted the station [as complete] to some extent, so I think, although there is some commercial conversation with Canary Wharf, my focus is on getting the job done.”

And he also appeared to suggest the workmanship carried out by Canary Wharf Group’s contracting arm was not up to scratch.

“It’s fair to say the quality of the work we’ve found in Canary Wharf, completed by Canary Wharf Group, before my time actually, has had to have a wholesale retrofit, particularly in the safety systems.”

But Canary Wharf Group, which sunk £150m into the scheme, said it “categorically dismiss[es]” the comments made by Wild.

A spokesperson said: “When practical completion was reached and accepted by Crossrail in September 2015, Crossrail complimented Canary Wharf Group on the quality of its workmanship and materials used.

“At no stage over the last four years has there been any communication to us of an additional £80m spend or dissatisfaction with the quality of workmanship. The comments made by Mark Wild are an attempt to pass blame for the delays on Crossrail.”

Read: Crossrail delay - all you need to know

Canary Wharf said it had monthly meetings with and regular inspections from Crossrail to monitor progress on the station between the start of the contract and handover in 2015.

It said: “The station was built strictly in accordance with the Crossrail specification and any amendments required by Crossrail along the way.”

Wild had said while the station was completed in 2015 Crossrail still hadn’t finished the work to retrofit Canary Wharf, saying it would not be finished until September or October this year.

The station was completed at a cost of £500m, with £350m of the sum coming from Crossrail. The design and build deal was agreed in 2008.

Responding to Canary Wharf Crossrail has said that the parties have been in regular contact ever since the station was handed over back in 2015.

A spokesperson said: “We have been in regular communication with Canary Wharf Group in relation to concerns with the station and will continue to liaise with them to provide the best solution for the project. Everyone involved in the Crossrail project is fully focussed on delivering the new railway for passengers as soon as possible.” 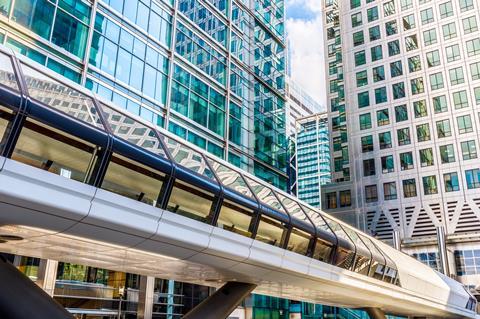