Annual BEIS capital spending to be £5.6bn higher by the end of this parliament

Annual capital spending at the Department of Business, Energy and Industrial Strategy (BEIS) will go up by £5.6bn by the end of this parliament, new Treasury documents reveal.

It represents an average real-terms growth rate of 8.3% per year over the next four years, one of the highest out of all central government departments. 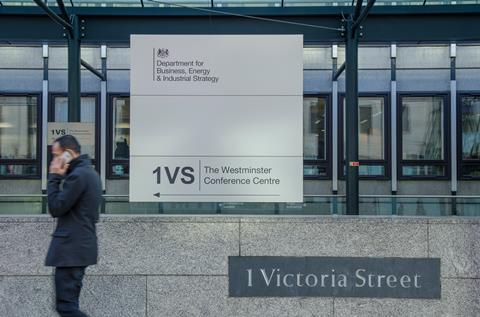 Average annual capital spending at BEIS is set to go up by 8.3% each year

The money includes £15bn projects aligned with the government’s net zero strategy, including £1.7bn in new funding for a large-scale nuclear power plant during this parliament.

It also includes £3.9bn to decarbonise homes, more than £1bn to get started on four industrial carbon capture clusters, and £380m for offshore wind.

The figures were published alongside yesterday’s budget and autumn spending review in a document which reveals the capital budgets of government departments during this parliament.

Funding of £4.2bn has been earmarked for the government’s plan to build 40 new hospitals by 2030 and to upgrade more than 70 existing hospitals, while £1.5bn has been allocated to build new surgical hubs over the next four years.

Spending over the period includes £35bn for HS2 and rail upgrades across the Midlands and the North and £24bn for more than 60 major road upgrades including the Lower Thames Crossing.

Other pledges include £5.7bn over five years for urban tram and metro schemes, £2.7bn over three years for road maintenance, £2.6bn over four years for local road upgrades and £2bn for cycling and walking routes.

These funds include £4.7bn to support the rebuilding 500 schools over the next decade and £2.8bn to upgrade further education colleges across England.