The number of architects from the EU who applied to join the Arb register last year plunged by 50%, according to the latest figures.

The Architects Registration Board received just 477 applications via the so-called EU route in 2020. 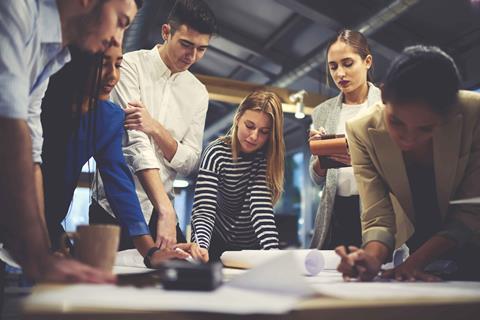 In 2019, the figure was 961, itself a brief recovery following two years of decline after the Brexit referendum five years ago. Back in 2016 the number of EU architects who applied to join the register – a requirement of working in the UK – was 1,232, meaning the drop between 2016 and last year was 61%.

The figures, contained in Arb’s latest annual report, tally with anecdotal evidence from numerous practices over the last five years that they are seeing fewer approaches from European job seekers.

Pascall & Watson said the number of CVs it received from EU citizens in 2018 dropped markedly, while RSHP, Fosters, Herzog & de Meuron and Make have also flagged concerns and some opening offices on the continent.

Arb’s report revealed that overall the number of architects joining the register last year dropped by 23%.

But the total number on the register remained stable because the number booted off fell. Just 1,643 were expunged by Arb for administrative reasons in 2020, compared with more than 2,000 in 2019. Most of these, 902, were for non-payment of the annual fee. Seven architects were permanently erased from the register after disciplinary proceedings and four were suspended.

This meant the total number of architects registered with Arb in January – some 2,340 – held steady at just 200 less than the year before, or 1%.

The government’s emergency Coronavirus Job Retention Scheme was introduced in March last year and is due to be finally wound up at the end of September – meaning it will be some time before it is known whether the furlough scheme has prevented or merely delayed an economic exodus from the profession.