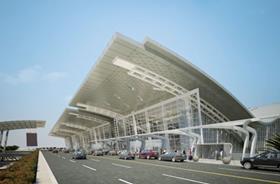 Architect HOK International returned to pre-tax profit in 2011, according to accounts filed at Companies House.

However, revenue from Europe and the rest of the world rose 26% and 29% respectively over the period.

Andrew Childs, director of finance at HOK, said in his report: “The directors expect the general level of activity to remain soft in 2012 and beyond, but it is fully expected that the significant steps that have been taken to return the company to profit and a solid footing should ensure that the business continues to deliver profits and retains its strong balance sheet.”

He added that credit from foreign clients remained a risk for the business but that by working for clients with established trading histories the firm was mitigating this.

As revealed by Building last month, HOK has been appointed to a team, including engineers from Aecom and cost consultant Currie & Brown, to work up plans for a 120,000ft2 redevelopment scheme at BBC Television Centre.

The prestigious project, known as “Stage Six”, is part of the wider reworking of the Grade II-listed doughnut-shaped building at Wood Lane in West London that is being developed by owner Stanhope, which bought the building for £200m in July.