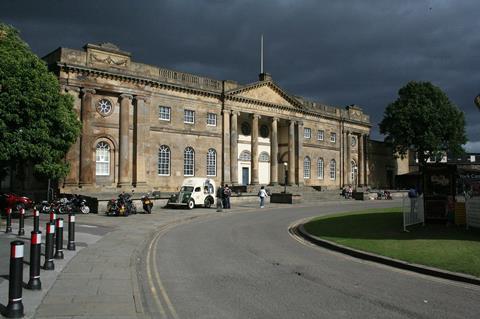 An Alison Brooks Architects-led team has been appointed to create a masterplan and concept designs for the redevelopment of York Castle Museum.

The practice will work with Richard Griffiths Architects, Purcell Architecture and Todd Longstaff-Gowan Landscape Design, Real Studios, BDP, Appleyard and Trew, and BuroHappold Engineering on the project, described by the museum as a “multimillion pound” scheme.

The museum has an entire street of Victorian shops among its exhibits and the objectives of the redevelopment include establishing it as the home of a world-class “national collection of everyday life”.

It said the project was likely to involve the creation of a new building, new immersive experiences, new temporary exhibition space, and a new riverside walk.

Paul Lambert, who is head of strategy, finance and corporate services at York Museums Trust, said the number of applicants vying for the project had been “phenomenal”.

“We are thrilled that we now have our RIBA stage one design team in place and we look forward to working with them on the next steps in realising our ambitious plans for the museum,” he said.

Brooks won the Stirling Prize back in 2008 for the Accordia housing development in Cambridge which the practice worked on alongside Feilden Clegg Bradley Studios.