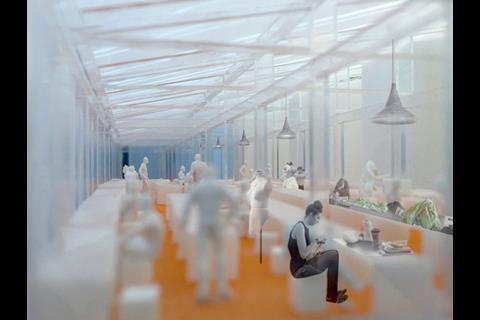 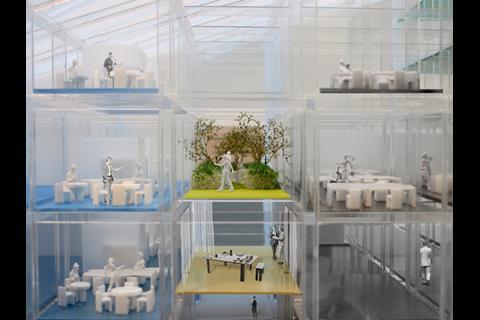 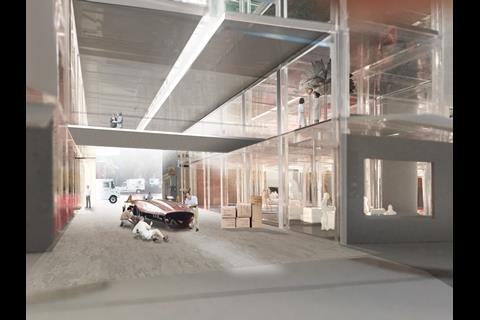 Herzog & de Meuron has won the competition to design a new campus for the Royal College of Art in Battersea.

The scheme has a price tag of £108m and is part of the RCA’s plan to move into subjects beyond its core art and design subjects with the 179-year-old art college, headquartered in South Kensington, positioning itself at the threshold between science, art, design and technology.

At Battersea, it is expanding its research into computer and materials science, robotics, the impact of the digital economy and intelligent mobility.

Herzog & de Meuron’s building will complete the RCA’s campus just south of Battersea Bridge. It will sit next to three buildings by masterplanner Haworth Tompkins: the Sackler, Dyson and Woo Buildings.

Serie was the only UK architect to make the six-strong shortlist.

RCA rector Paul Thompson, who chaired the selection panel, said: “We set out a competition to find the very best architect to crystallise our vision for a new heart to the Battersea campus; we were very impressed by Herzog & de Meuron’s mastery of our brief.”

The Swiss practice behind the Tate Modern extension will see construction work start next summer on its £500 million scheme to design a new ground for Chelsea football club for a 2021 finish.