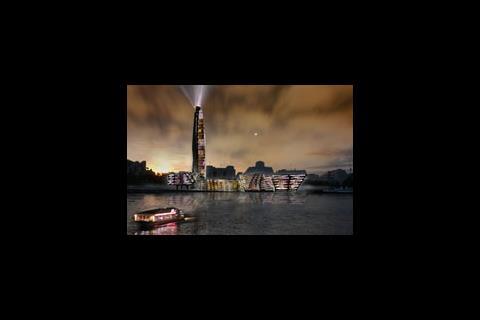 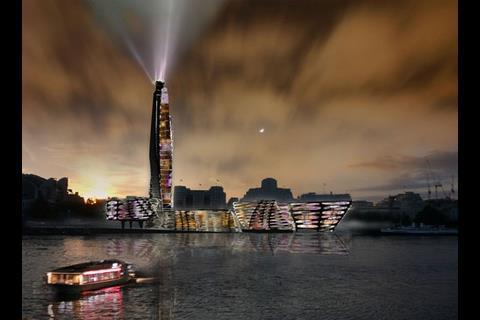 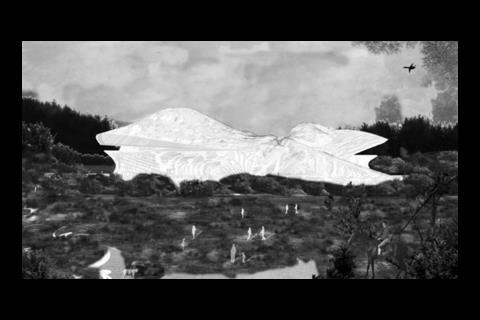 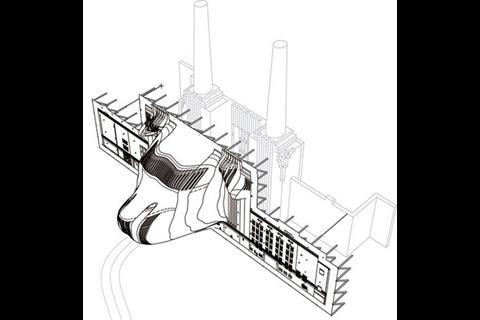 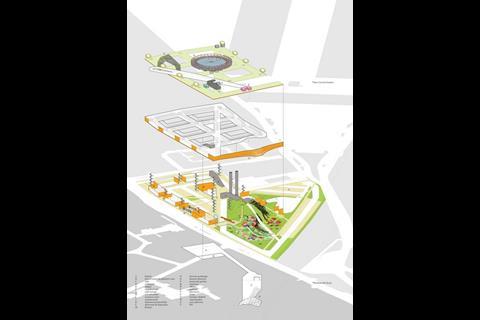 These four students each explored one aspect of the four Architectural Design Studios (ADS) within the post graduate architecture course.

Using the capital as their model, the studios reflect the life that Londoners lead or might want to lead in the future.

Student project: Jonathan Pugh – Pet PestsStudio: ADS1 which explores the contradictions in London as a global and a local city, looking at how these might be exploited in architecture with a particular emphasis on Battersea.

Jonathan Pugh’s sysnopsis (image right): It explores contradictions in human nature, financial loopholes and the social interaction between opposite groups - the elderly and the young. The proposal is for a ‘Institute of 10,000 Tysons’ - a rescue centre for up to 1000 Staffordshire Bull Terriers put down at the Battersea Dogs and Cats Home each year. The project is titled ‘Pet Pests’, an oxymoron referring to the high costs of destructing dogs in comparison to official ‘pests’.

The Staffordshire Bull Terrier is the key character of investigation – high breeding value, high theft rate, and paradoxically, the high destruction rate of all breeds. However, the Stafford is one of the most recognised people orientated dogs. The Stafford is socially indifferent, holding the ability to mediate between a stigmatised teenager and a neglected elderly care home resident, an a entertainer and accessory for the former, and as surrogate family for the latter.

Student project: Pietro Amorosi - Victoria Embankment Pleasure Gardens and HotelStudio: ADS2 - Shows how the city might be re-planned to create all kinds of new opportunities for raising the bar, commercially as well as architecturally.

Pietro Amorosi’s synopsis: Charing Cross is the national heart of London. Distances to London from the rest of the country are measured to this point. 37 million people pass through Charing Cross every year. It sits just across the river from the site of the Festival of Britain, the 20th century attempt to define the character of the nation. Just next to the station is a small park facing the river, Victoria Embankment Gardens.

This then is the ideal location for a new 21st Century “Pleasure Garden” and Hotel. The proposal acknowledges and sanctions the demand for adult-oriented leisure within a controlled environment and aims to tempt pleasure-seekers back to the West End, not only from the clubs, bars and fleshpots of Shoreditch but from the stomping grounds of Las Vegas, Prague and Blackpool.

In the updated version of Vauxhall’s notorious Pleasure Gardens, visitors and office workers can mingle with hedonistic tourists in the bars, restaurants and terraces that reunite the city with the waterfront, highlighting views of London’s major attractions and landmarks.

At ground floor the public space of the hotel foyer filters access to the more private spaces above. There are night clubs, cocktail lounges and strip joints, threaded through the floors of accommodation. You can hire just a room or a whole floor with it’s own private social space customised to meet whatever your heart desires and your pocket can afford.

Student project: Ben Lovedale - Death in LambethStudio: ADS3 - Asks what effect new forms of social contract might accompany a rapidly evolving multi-everything society, and how these might be represented through new kinds of civic buildings.

Ben Lovedale’s synopsis (image bottom right): The project explores the superimposition of ritual and the habitual programs; death and shopping. Lambeth’s municipal facilities engaging with death are consolidated above a supermarket in Vauxhall. Can the superimposition of ritual activities onto the everyday address the marginalized representation of death in the borough? Sheds, car parks and petrol stations are manipulated to accommodate mortality.

Student project: Gemma Douglas – UKHQStudio: ADS4 - Looks at a future that encompasses possible catastrophe; how will design in the South East anticipate flooding, a possible nuclear leak or a disintegrating society? And will any of these scenarios have any resonance for designing tomorrow?

Gemma Douglas’s synopsis: Less than half the population of Britain consider themselves British (YouGov poll, 2007). Catterick Garrison in Yorkshire is going through an unprecedented rate of growth after MOD staff are relocated from Whitehall to reduce costs and place-make in regions. The town is expected to double in population from 12,000 to 25,000 over the next 10 years (MOD, 2007)

Whilst central government is devolving power to local government, new citizens are being tested on the abstract notion of ’Britishness’. At a time when cultural identities are changing faster than ever before, are we encouraging diverse regional identities and an overarching British identity? Do we have to choose, or can Albion act as a region in the national interest?

The British embassy in Britain explores the ambiguity and fluidity of Britishness, as a first port of call for new citizens arriving in the UK, alongside a relocated Ministry of Defence Heaquarters. Cross stitch, heraldry, and the picturesque appear as reinvented symbols of our national heritage and form a seemingly benign landscape simultaneously nurturing and securing new citizens and a central government department encouraging assimilation and integration.