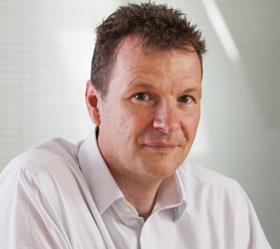 Arup says it has found a replacement for its outgoing finance boss who starts at estate agent Knight Frank at the beginning of next month.

Matt Tweedie (pictured) worked at Arup for more than 20 years and has been group chief financial officer since 2007.

But on 30 August his formal appointment as a director for Arup Limited and 22 other businesses which form part of the Arup group were terminated, according to Companies House.

He is due to start at Knight Frank on 1 October.

A spokesperson for Arup said: “We have completed a search for [Tweedie’s] successor who we will announce in due course.”

According to its latest accounts filed at Companies House, Arup had a revenue of £1.56bn in the year to 31 March 2018 and currently has more than 14,000 staff across 92 offices in 35 countries.