Engineer claims its market has stabilised after it reports £38m profit for year up to 31 March 2012 – up from £24.5m the year before 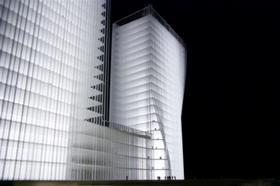 Engineer Arup Group has reported a 56% jump in pre-tax profit to £38m.

The performance was in line with the expectations of the directors.

In his introduction to the accounts, Martin Ansley-Young, company secretary at Arup, said: “Despite challenging economic conditions, the group’s market has stabilised.”