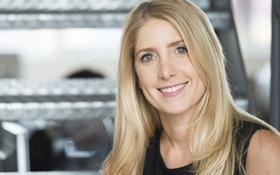 Assael Architecture has announced a raft of director promotions as it looks to expand further in 2018.

Loren Thanyakittikul (pictured) has been appointed a director at the London-based practice having held an associate director role at Assael since 2014. One of her key projects is the design of Rainsborough Square, a development of 40 luxury townhouses and ten apartments in Fulham.

Adam Johnston has been promoted to associate director. He was an associate since June 2016 and has helped to drive the firm’s build-to-rent programme.

Fellow associate Emily Newton, who joined in 2011, has also been promoted to associate director. She has been involved in heritage-led projects, working on the Grade II-listed Carriageworks in Bristol and Ham Mill in Stroud, as well as large mixed-use developments in Battersea Nine Elms and Bromley-by-Bow.

The firm said it is looking to further expand its team at all levels over the coming months, with the appointments coming as it opened its Gulf headquarters in Bahrain and expanded its London office to create space for new hires.

Assael, which came top of Building’s Good Employer Guide last year, has designed the Great Northern Tower in Manchester and the Renaissance masterplan in Lewisham, London.