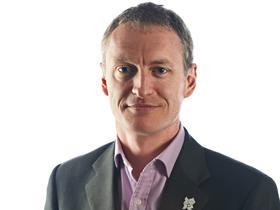 Atkins UK and Europe boss Nick Roberts has reassured his firm’s pensioners their pension plans are safe despite a £265m deficit in the company’s pension schemes.

In its financial results filed today, the engineer revealed its pension liabilities currently stand at £265.3m, reduced from £298.4m the previous year.

Speaking to Building, Roberts (pictured) said Atkins has a “very firm and clear” plan in place to tackle the deficit and has a commitment to 2025 to reduce its pension scheme liabilities.

He said: “The company remains robust and resolute in its commitment to the pension scheme. We’re in a very different place to some of the other schemes.”

It comes after rival engineer Halcrow, owned by CH2M, revealed its pension scheme has a deficit of £600m.

Halcrow has offered its pensioners a new scheme which will cut their annual increases from 5% to the level of CPI inflation – currently at 0.3% - but avoid the scheme going into the Pension Protection Fund (PPF), which would see members of pension age receive full payments but no increases and those not of pension age take a 10% cut in payments.

Roberts said there was “absolutely no chance” Atkins’ pension schemes could head into the PPF.

Roberts also said Atkins was in favour of a remain vote in the upcoming EU referendum.

It comes after Atkins’ global chief executive Uwe Krueger told Reuters his main concern regarding a potential Brexit was the “availability of talent”.

Roberts echoed those views and told Building: “As an organisation we believe staying in the EU is important for many reasons, and one of those is the free movement of labour.

“Anything that impedes that is obviously an issue for our business.”

He added: “We hire a lot of skilled people from across Europe, and clearly that liberal movement of labour is important. That’s the main thing that informs our view [on the referendum].”