Atkins flees Bahrain as army cracks down on protest 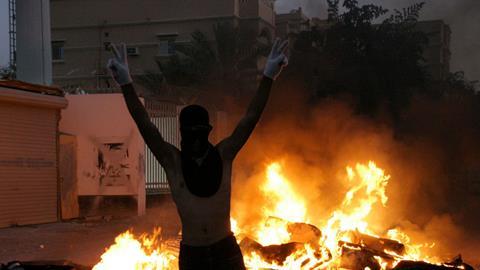 Atkins is evacuating staff from Bahrain because of increasing violence in the Kingdom as state forces crack down on camped out demonstrators.

170 employees are being flown to other offices in the Middle East after troops used force to clear the capital Manama’s central square of protestors, reportedly leaving at least three protestors dead.

A spokesperson for Atkins said: “We have activated our contingency plan for Bahrain and are now decanting our people to other Atkins locations in the region to ensure the safety of our people and continued service to our clients.”

The company emphasised that it would continue to work on contracts in Bahrain from its regional offices.

The Foreign Office today advised British nationals to leave the country unless they had a “pressing reason” to remain.

“We advise against all travel to Bahrain; we recommend those who do not have a pressing reason to remain should leave by commercial means as soon as it is safe to do so,” it stated.

“We continue to advise British nationals currently in Bahrain to remain at home until further notice…The risk of continued outbreaks of violence is ongoing and the security situation remains uncertain.”

Scott Wilson has also closed its offices in Bahrain, although has not evacuated its staff from the kingdom.

“Staff are working from their residences wherever possible and projects continue, albeit with some inevitable disruption,” a spokesperson said.

“The office remains closed at present but will reopen when the security situation improves.”

Hyder have also closed their offices in the Kingdom and staff are working from home. A spokesperson from consultant said it was monitoring the situation and that projects had not been affected.

After the government used violence against protesters in February, Atkins closed their offices on Sunday 20th, but later reopened them after the situation ’calmed’.