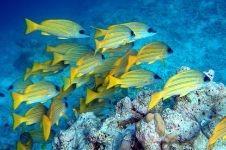 For thousands of years, the mythical lost city of Atlantis has been sought by explorers, historians and oceanographers.

But it seemed this morning that one man had succeeded where thousands had not – Bernie Bamford, an engineer from Chester who found the site, a grid formation about the size of Wales, using Google Earth.

According to the Sun, the mysterious underwater plan was discovered about 600 miles off the coast of Africa, a site which corresponded with descriptions of the ancient city by the philosopher Plato. The Greek philosopher wrote of an island civilisation that sank into the sea 9,000 years ago.

From above the grid resembles a rectangular city plan, with a network of “streets” within the perimeter. Bamford told the newspaper: “It looks like an aerial map of Milton Keynes. It must be man made.”

The engineer found it using Google Ocean, a search engine that allows members of the public to scour the world’s seas using their home computers.

But the claims of Bamford – and the Sun – have already been scotched by rival tabloid the Daily Mail, which asked Google about the discovery.

A spokesperson countered the Sun’s claims: “What Google users are seeing is an artefact of the data collection process. Bathymetric (or sea floor terrain) data is often collected from boats using sonar to take measurements of the sea floor. The lines reflect the path of the boat as it gathers the data.”

Although he may not have discovered the whereabouts of the lost city of Atlantis, Bamford’s “discovery” will give a timely boost in popularity to Google Ocean, which, co-incidentally, was launched just two weeks ago.