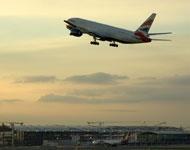 BAA has appointed nine contractors to a framework that will provide up to £9.5bn of work over the next decade.

It is understood that the airport operator has awarded places on its Complex Projects Framework to all nine of the firms that made a shortlist in March, including its parent company Ferrovial. The others are: Balfour Beatty, Laing O’Rourke, Carillion, Skanska, Taylor Woodrow, Costain, Morgan Ashurst and Mace.

A source on the framework said: “They’ve made their decision and all nine are on it.”

The work could include the construction of terminals at Heathrow and Stansted and other airport infrastructure and civils work.

Meanwhile, it is understood that major contractors, including some of the companies appointed to the framework, are looking to recruit BAA staff disgruntled by revelations of mass redundancies in its construction projects division.

Building revealed last week that BAA was to axe up to 200 employees.

Andrew Wolstenholme, BAA’s construction director, was grilled by MPs last week on why the airport operator was making the cuts. Speaking at a business, enterprise and regulatory reform select committee hearing, Wolstenholme said the time was right to make the division more streamlined.

He said: “We are reorganising our resources and becoming slightly slimmer. We now feel we can downsize ourselves to ensure we are fit to deliver our capital projects.”

When asked whether or not it would affect BAA’s reputation as a client, he said: “It will be a readjusting and simplifying procedure, but it is no retreat from our principles.”

BAA said it had no further information.