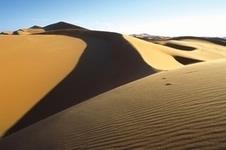 Bahrain developer Tameer has put the brakes on a $135m tender while it waits for construction costs to fall. The developer was expected to invite bids by the end of March for a 60,703m² cluster of office blocks inside Bahrain Investment Wharf. But it told local press it had put the tender process on hold in anticipation of decreases in contractors’ fees and materials costs.

Tameer’s executive director of business development Mohammed Abdul Khaliq told Construction Week Online: “The competition between contractors is becoming more fierce … but we are also waiting for the cost of building materials to settle.

"The big thing we are hoping for is Saudi Arabia to lift its restrictions on exporting cement and there are indications that it could happen soon. This would make a huge difference because the cost of all cement, blocks and precast will be affected.”

In June, Saudi Arabia halved its cement exports to Bahrain from 50,000 tonnes a week to 25,000 tonnes, which caused prices to increase by 30-40%. Last month a Saudi cement supplier told Construction Week the country has 10 million metric tonnes of inventory and they were pressuring the government to lift the restriction.

Khalique said he expects other developers in the region are also holding off on tenders for the same reasons.