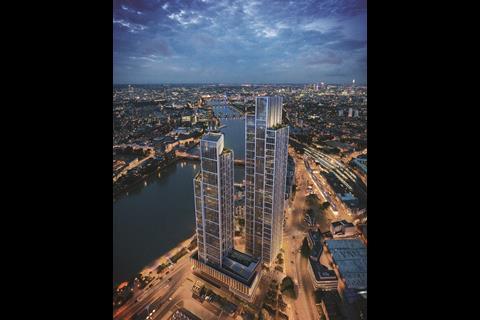 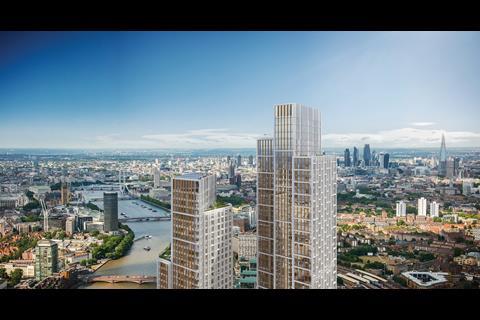 Balfour Beatty has been confirmed as contractor on the £1bn One Nine Elms twin-towers in London, as first tipped by Building.

Developer Wanda One confirmed Balfour has signed a pre-construction services agreement on the job, after seeing off rival Brookfield Multiplex for the role. The final contract is expected to be signed by the end of the year.

Wanda One, the UK subsidiary of Chinese property giant Dalian Wanda Group, has also secured financing for the project with Ping An Bank providing an initial drawdown of £100m of debt, as part of a £500m facility. The balance of the funding will come from other sources and Wanda.

The job was originally awarded to an Interserve and China State Construction Engineering Corporation (CSCEC) joint venture last April, but returned to the market earlier this year after a final deal failed to materialize. Balfour Beatty has already worked on the scheme carrying out substructure work.

One Nine Elms comprises a pair of KPF-designed towers at 42 and 58 storeys in height, incorporating 437 homes, as well as the first Wanda Hotel outside of China. The wider Nine Elms area will also become the new home of the US Embassy.

Tim Gawthorn, director at Wanda One, said the agreement with Balfour Beatty marked an “important milestone” for the project.