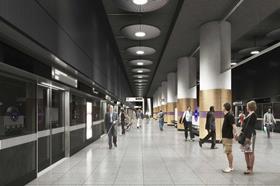 A spokesperson from trade union told Building that the industrial action had been called off to allow for new talks.

Union Unite said it has taken the action because Balfour Beatty has refused to pay an improved second tier payment as well as the finishing bonus.

Speaking before news of today’s strike was called off, a Balfour Beatty spokesperson said: “Balfour Beatty engaged fully with Unite to negotiate and agree a productivity bonus for Balfour Beatty Kilpatrick’s workforce of electricians on Crossrail. Since then, Unite demanded a significant increase in the bonus level and a completion bonus.”