Matthew Steele will head up contractor’s gas and water operation 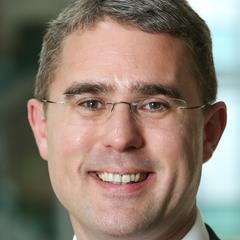 Steele (pictured), who replaces Craig McGilvray who left in July after more than four years in charge, began his career working for Bombardier Transportation as an operations manager.

Most recently he worked for Network Rail in number of roles, including commercial and development director, as well as programme director at Crossrail.

He previously worked for TfL, latterly as head of power, communications and cooling upgrades.