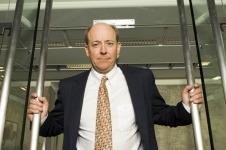 In joint venture with Mott MacDonald, it has been re-appointed as the service provider for the five-year £172m Highways Agency Area 4 contract in Kent and Sussex. The contract for maintenance and improvement services covers 126km of motorway, 324km of trunk roads, two tunnels and 850 structures across Kent, Surrey, East and West Sussex. The new contract will commence on 1 October 2009 and there is an option to extend for two years.

It has also won the £127m Early Contractor Involvement (ECI) contract for the Norwich Northern Distributor Road (NDR) by Norfolk council. It will be carried out by its Birse Civils division and construction is expected to start in 2012 and will take three years to complete.

Ian Tyler, Balfour Beatty’s chief executive, said: “Our activity levels in the UK roads sector are at an all-time high. We are delighted to have been re-appointed by the Highways Agency to deliver network services in Kent and Sussex. We are equally delighted to have been selected to work with Norfolk council and look forward to delivering another successful ECI scheme.”