Balfour Beatty to slim down to £2.5bn business 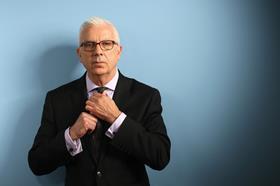 Balfour Beatty expects its UK construction revenue to fall by 20% this year to around £2.5bn as the industry heavy weight withdraws from bidding on low margin jobs.

Speaking to analysts last week, chief financial officer Duncan Mcgrath said that this figure contained within it an assumption of around £400-500m in revenue that still needed to be won, which was likely to come from smaller projects in the regional market, rather than major construction, “due to the time lag”. “And that’s the market that’s fiercest at the moment - so that’s the uncertainty,” he added.

Speaking to Building, Balfour Beatty UK Construction Services chief executive Mike Peasland (pictured) said the projected fall in revenue was not simply the outcome of the shrinking construction market, but the result of a strategic decision to withdraw from bidding on low-margin high-risk work.

He said: “When we looked at our budget last year we decided we could be at £3.2bn [revenue in 2013] but then you look at the margins available for those kind of revenues, which  would be flat compared to 2012, and there’s no way we want to be there.

“What we’re doing is looking at what we should be focusing on. We don’t want to be busy fools. So it’s a question of detuning the revenue to actually improve the margin take.”

“It’s a strategic decision to cut back on things that are not economic for us.”

Peasland said the business would focus its energies less on general building work and more on more restricted markets, where it could see operating margins of 2-3%, such as energy-from-waste projects, student accommodation, PF2 schools as well civil infrastructure. “We don’t want to be slipping down in the range of less than 1% [operating margin], where the construction markets are,” he said.

Citing the example of the £300m Google HQ contract tender, which Balfour Beatty were knocked out of on price, he said: “There’s just no way we’re going to take on risk of a £300m job and get a return of less than 2% margin. It’s just not the right thing to be doing, so we won’t be doing it.”

He said the firm would look at commercial build work “when there is something of benefit to us”.  “It could be design and build where we think we’ve got something of a niche, and maybe bidding in one of two or one of three [other firms], but we certainly won’t be doing commercial building as one of six [bidders] in a standard supply and install style bid,” he said.

He added that social housing was also an area where the firm was withdrawing - a move already signalled by the Balfour Beatty deputy chief executive Andrew McNaughton in November.

Peasland said: “Straight forward social housing is very depressed. The market is so poor that bidding pure supply and install in social housing in the short term is not something we want to be doing too much of,” he said.

“We’ll be focused on where the margins are - if we can see markets that are growing and where we have specific competencies and we can see the margins in them then obviously we will go for them more.”