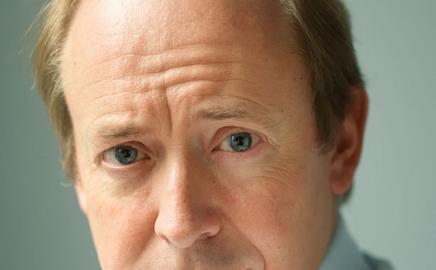 Ian Tyler is no show-off. His four-year tenure as chief executive of Balfour Beatty has been marked by spadework rather than screaming headlines.

But even the 47-year-old accountant, winner of Building’s Chief Executive of the Year award on Tuesday, couldn’t resist blowing his own trumpet when the company’s 2007 figures were announced a month ago. “These are a bloody good set of results,” he declared. Even then, it was the genuine satisfaction of a number-cruncher rather than someone in search of a soundbite.

With turnover growth of £5.9bn to £7.5bn and pre-tax profit up from £125m to £197m, few disagreed. Solid, strong and stable were the adjectives of choice in City circles.

The reaction must have been music to his ears. The restless but pragmatic Tyler likes to think of Balfour Beatty’s growth trajectory as “thoughtful and steady”. Few would disagree that since he replaced Mike Welton as chief executive on 1 January 2005, it has been just that.

While John McDonough at rival Carillion has wowed the national press with the purchase of Mowlem and Alfred McAlpine for a combined £867m, in the past two years Tyler has turned just as many heads in construction circles with the smaller-scale purchases of Mansell, Birse, Cowlin and Dean & Dyball for a total of £171m.

But whereas Carillion found with Mowlem that deals can bring nasty surprises, observers have described Balfour’s integration process as seamless. Its acquisitions lack the wow factor of Carillion’s but somehow they seem to get a good deal.

So how does it do it? As one City watcher noted recently: “Success breeds success and someone like Dean & Dyball would actively want to be part of Balfour once it comes into play.”

During Tyler’s tenure, staff levels have grown from 28,000 to 35,000 and the order book has surged from £6.8bn to more than £11bn as the company has moved into PPP markets in Europe, South-east Asia and the US.

Last year culminated in what Tyler described as one of his proudest achievements since stepping up to the chief executive’s chair: the acquisition of US military housing business Centex for £184m.

Not that Tyler would ever seek personal credit for anything Balfour has done. After making the Centex observation, he was quick to liken his role as chief executive to the conductor of an orchestra rather than a Branson-esque figurehead.

Either way, cracking the US certainly seems to hold more allure for Tyler than the Middle East. He recently said: “Our model works best in steady and sophisticated markets. The Middle East is a frenetic place, but there are bear traps that we have so far managed to avoid.”

North America’s contribution to turnover is set to grow from 25% to 40% in the medium term and Tyler has highlighted Texas and California as two “unimaginably large” markets for their growth potential.

Of course things haven’t been trouble-free since Tyler took over the reins, and his headaches have included the demise of tube maintenance consortium Metronet. Balfour’s 20% stake led to £122m being wiped from its books last year.

Negative headlines are clearly not something that sit well with a down-to-earth accountant. He said of the Metronet debacle: “It was wildly misunderstood. To understand it you have to go back to the origins of PPP and where the risks lie, which would need about two hours. I think it was Einstein who said: ‘Everything should be made as simple as possible, but no simpler’.”

The cryptic remark is as close as Tyler will get to a public war of words that would distract from his day job.

12 Years Tyler has been at Balfour Beatty. He joined as finance director in 1996, became chief operating officer in 2002