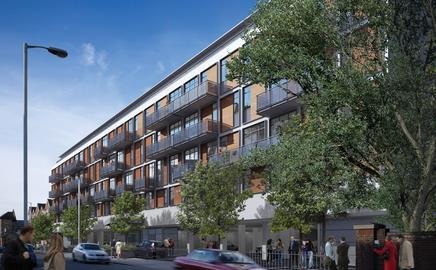 Berkeley First has received planning permission from Croydon council for this scheme of 103 flats in the south London borough.

The development, designed by Carey Jones Architects, requires the conversion of the former offices of Balfour Beatty. Thirty-eight per cent of homes will be affordable, with the remainder designated for private sale. Despite the market, Berkeley First, which is part of the Berkeley Group, said it was hoping to start on site in September.