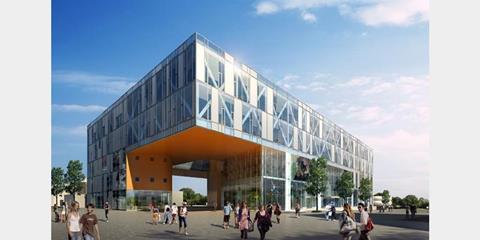 Bam Construct has been appointed as preferred bidder for a £30m arts and media centre at the University of Salford.

The new arts building, designed by architect Stride Treglown, forms part of a major revamp of the University of Salford.

The 16,000sq m, seven-storey building will be at the gateway to a new pedestrian route through the university called the Broadway.

This will link the university with a student village as well as a nearby railway station.

The Gateway building will be the new home for the schools of music, performance, architecture and art and design and will include a new theatre, recording studios, performance rooms, café, and specialist teaching space along with workshops.